Coal economics have passed the cost crossover point with renewables – 179 gigawatts (GW) of coal plants in the United States were more expensive to operate than replacing them with new local solar or wind energy in 2018. But even though opportunities abound for utilities to economically transition from existing coal to new renewables, annual coal plant retirement rates are closer to 10 GW.

When utilities and regulators fail to act upon this fundamental economic change, relentless consumer pressure will result, forcing utilities to adapt or risk losing customers.

An innovative new financial approach is accelerating the electric sector’s financial transition from coal to clean. “ Solar for coal swaps” could help refinance the 26 GW of existing coal plants that will be uneconomic compared to local renewables in the near term, using private capital to fund community-level investment for publicly-owned cooperative retail utilities, while supporting local economic development.

As consumers, corporations, municipalities, and energy market participants explore switching from fossil fuels to renewables, financial innovators stand ready to deploy capital to accelerate this transition. Because the conditions enabling these swaps already exist across the country, this tool could drive the financial transition to clean energy faster than expected.

“Investors can earn returns by substituting solar for coal, saving consumers money and improving the environment,” said Ron Lehr, former Colorado Public Utility Commission Chairman and co-author of the research brief. “It’s an example of what smart money does: Invest to make a return when fundamental economics shift.”

What are solar for coal swaps?

Solar for coal swaps involve third parties – an energy marketer, a renewables developer, and related investors – purchasing and retiring coal assets from a regulated utility in conjunction with a contract for new solar. Transaction terms include payment for solar power plant output, repayment for purchasing and decommissioning coal plants, and may include financing for community transition. Deal structures may vary, but the basic terms are:

New solar facilities provide most of the required power when they replace coal plants, paired with a mix of market-sourced resources to meet reliability requirements. Replacement solar power can be located near retired fossil plants, tapping existing switchyards and transmission, and partially replacing the coal plant’s tax and employment base.

This emerging third-party financing and market approach reflects competitive pressure on existing utility business models where utilities have failed to adapt. Similar dynamics emerge when large industrial or commercial customers, such as large casinos in Nevada, or communities or institutions with zero carbon or 100% renewables goals directly seek to procure clean energy resources for themselves at savings and lower risk than incumbent utilities can provide.

While solar for coal swaps exemplify third-party transition finance for consumer-owned cooperatives, similar pressures are emerging for monopoly utilities from large customers, local governments, and institutions with enough buying power to renegotiate terms that meet their requirements for cleaner and cheaper energy supplies.

Third parties see potential profits in providing these services to utilities because utilities lack of motivation to undertake these tasks – but it’s critical to ask whether utilities will engage in productive negotiations with these third-party investors and marketers. Delays and objections from utilities could suggest resistance to engage with third party providers – which challenge utilities’ reasons to exist – and remain a barrier to financing the transition away from coal.

Sizing up the market for solar for coal swaps

Municipal and cooperative utilities own about 44 GW of coal, and are typically not regulated by state utility commissions, but rather are subject to control by their boards of directors or municipal or special district officials. “Solar for coal” swaps could be particularly advantageous for municipal and publicly owned utilities that could benefit from financial, technology, and market innovations provided by third parties.

According to a 2019 analysis 15 GW, or 34% of municipal or cooperative-owned coal assets were uneconomic to operate compared to local wind or solar replacement energy in 2018. By 2025, the economics of renewables improve such that 26 GW, or 59% of these plants are uneconomic. These are resources within 35 miles of a coal plant, making solar for coal swaps viable tools to promote economic development in the same communities.

Since 2018, solar and wind cost declines have exceeded forecasts, making 2018-vintage estimates of 2025 costs closer to 2020’s reality. In other words, more than half of cooperative- or muni-owned coal plants are likely already uneconomic compared to local wind or solar assets, with that number growing if non-local clean replacements are considered.

Solar for coal swaps in practice

A recent contract involving New Mexico’s Kit Carson Cooperative (KC) illustrates the mechanics of solar for coal swaps. KC paid $37 million to its wholesale power supplier, Tri State Generation and Transmission Cooperative, to exit its “all requirements” power contract.  Guzman Energy helped KC finance its Tri State exit fee and contracted to supply KC with power, including a locally sited solar plant, so economic development benefits accrue to the Taos area served by KC. Even with its exit fee, KC predicts that departing Tri-State will save its cooperative member-owners $50-70 million.

Holy Cross Energy (HCE) is a Colorado retail cooperative with approximately 58,000 meters, serving communities in three Western Slope Colorado counties including Aspen and Vail. HCE’s power supplies were provided by PSCo, including an 8% stake in capacity and energy output from PSCo’s Comanche 3 coal plant. HCE and Guzman Energy developed a swap where HCE sold Guzman its ownership share of energy from Comanche 3 in exchange for a new 100 MW wind farm and a blend of wholesale market energy supply. Including larger amounts of lower cost renewable energy and renewable energy credits than those available from PSCo keeps HCE rates stable while helping meet its 70% renewable energy goal.

In June 2019, media reports detailed deuling press releases from Guzman Energy and Tri State. Guzman made a $500 million offer to retire about 50% of Tri State’s remaining coal fleet, reliably substituting a generation portfolio composed of more than 70% renewable energy, while lowering costs and providing millions in transition funding for affected workers and communities. Tri State responded that it believed its not-for-profit cooperative business model was more likely to meet customer goals for clean power at lower cost. Guzman’s approach to negotiation by press release appears to have failed, for now.

The scale and audacity of Guzman’s bid to refinance and retire most of Tri State’s uneconomic coal generation fleet shows the potential of renewable for coal swaps to accelerate the coal to clean financial transition. Hard-eyed capitalists are clearly willing to back solar against coal on a large-scale, and other financiers would likely sponsor this kind of investment, while the ubiquity of solar and wind costs falling below coal’s operating costs will increase the underlying drivers of these deals. Recently, Tri State announced that it will exit coal mining and coal generated electricity production by 2050, in alignment with Colorado climate goals and in stark contrast to their previous strategy.

How utilities can seize the solar for coal swap opportunity

Publicly-owned and municipal utility governing boards can consider solar for coal swaps to accelerate transition away from uneconomic coal, with the following considerations:

Regulated investor-owned utilities should note these transactions have wide application for their largest customers, including municipalities and large corporations. For example, there’s no reason the same framework can’t be applied to portfolios of clean energy resources including solar, wind, and storage. Facilitating customer demands for lower-cost renewables can preempt private capital whose innovations will provide increasing options for large customers to rely less and less on utility supply for cost-effective service.

While these examples are all related to solar and coal costs within Colorado, New Mexico, and Tri State’s service territory, their application could be imagined in many other circumstances. When fundamental economics shift – building solar cheaper than running old coal plants – new economic relationships are likely to emerge first somewhere. As fossil and renewable cost differentials widen, more swaps could make sense in more places.

Mon Aug 3 , 2020
Personal Finance Insider writes about products, strategies, and tips to help you make smart decisions with your money. We may receive a small commission from our partners, like American Express, but our reporting and recommendations are always independent and objective. M&T Bank (Member FDIC) could be good for people who […] 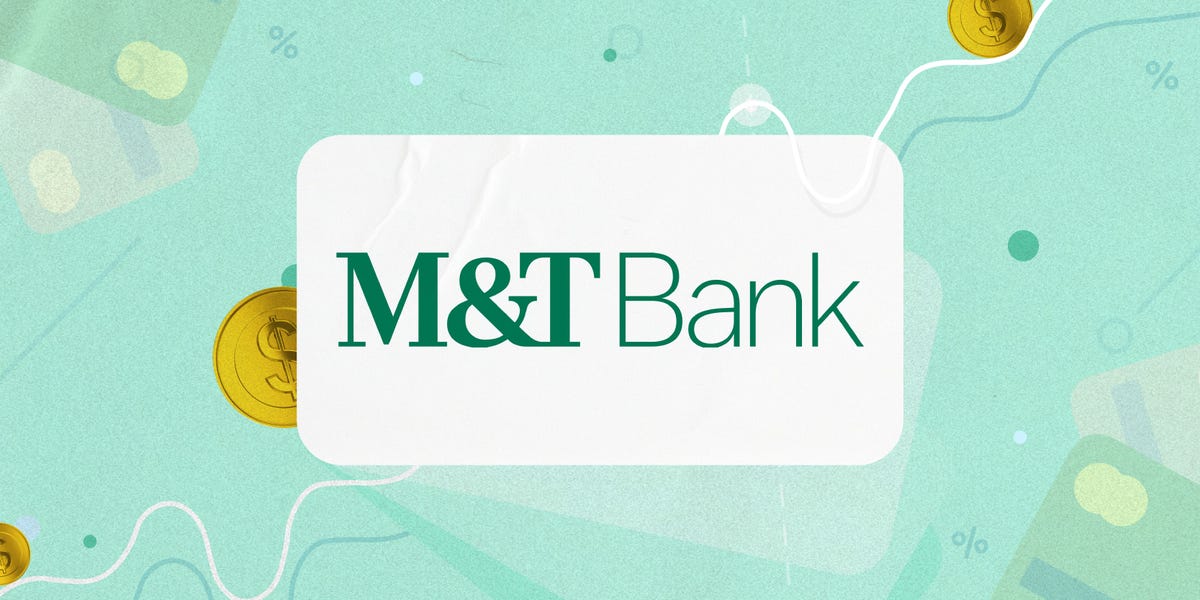