As Latin America braces for another wave of coronavirus infections that threaten to bring down healthcare systems, the region’s innovators have been making strategic moves to fortify their business interests while simultaneously providing services that directly assist those most impacted by the pandemic.

The month of June kicked off with the World Health Organization declaring Latin America and the Caribbean as the new epicenter of the coronavirus, with 938,000 cases documented by June 1st.

That number would only increase throughout the month, with today the region accounting for 50% of all cases in the Americas.

Against the surge in cases and WHO officials’ concerns about rapidly spreading coronavirus outbreaks in the Americas, the tech sector has continued to find new and innovative ways to not only ride out the storm, but to flourish with new offerings, expansions, and partnerships to meet the evolving needs of those they serve.

And June was no exception. VCs continued to pour millions into startups carving out a corona niche, accelerators took their programs online, and corporations such as Facebook and Visa swooped in to support Latam startups as they expanded throughout the region.

Here’s an entrepreneur’s guide to what went down in the Latin American tech and startup scene in June.

In June, one of the largest stories about enterprises making moves to support startups came when Facebook-owned WhatsApp introduced its digital payments service WhatsApp Pay to its platform in Brazil in an effort to attract more small and medium-sized e-commerce businesses.

With over 120 million users in Brazil, WhatsApp’s second largest market seemed like a good place to launch WhatsApp Pay, but barely a week after launching the service was suspended by the central bank over concerns of anti-competitive practices.

WhatsApp Pay Brazil now rests in the same regulatory limbo as its counterpart in India, where it has sat for nearly two years, as reported by TNW.

Shifting focus from Brazil to Colombia, Facebook launched a mentorship program for entrepreneurs in Colombia called “Startup Circles” following its success in Mexico where it was first launched in January. Open to 30 early stage startups in Colombia with the hope of getting to 160 by the end of the year, the program is run by Facebook in partnership with MassChallenge Mexico, who had previously teamed up in Mexico.

Startup Circles could pave the way for aspiring startups to get their foot in the door into one of Facebook’s startup accelerator programs, of which there are only two in the region — in Brazil and Mexico, according to Forbes.

Another big name to come out in support of startups during the coronavirus pandemic was Visa. In partnership with regional fintech accelerator Finnovista, the enterprise launched the fourth edition of its Visa Everywhere Initiative 2020 Latin America and the Caribbean, which looks to promote the economic recovery in the region.

And in Mexico, Alibaba’s Atomic88 Business School partnered with GINgroup to promote e-commerce and the digital economy in Mexico. According to Mariana Lopez of Contxto, “Alibaba also hopes to build on the entrepreneurial ecosystem by creating digital villages in all 32 Mexican states, train 1,000 university students, and launch 50 micro-businesses in each village.”

This June, Rockstart Colombia released an in-depth report profiling angel investors in Colombia, compiling data spanning May and April of this year. The report highlighted that the top three motivating factors that angel investors considered in their decisions to invest included supporting entrepreneurs, financial returns, and social impact.

During the COVID-19 pandemic, 84% of angel investors said they were highly motivated by the support they could provide entrepreneurs on their way to scaling their businesses, while 97% of considered that the team itself was the most important factor when evaluating whether or not to invest in a company, according to the report. Other factors that angel investors considered most relevant were market size at 74%, followed by the product at 66%.

With economies stagnated, the demand for loans in Mexico continues to rise, causing many to turn to loan sharks and pawn shops to scrape by.

In June, however, Mexican fintech ePesos closed a round of debt-financing to the tune of $21 million, providing an alternative to less reputable services.

With the latest injection, ePesos launched a loans program for workers who are unbanked and/or need an advance on their salaries, according to Contxto.

While the risk of coronavirus infection has been reportedly lower in outside settings when other precautions are taken, Brazilian e-bike sharing startup Tembici cashed in on a $47 million Series B round at the beginning of June.

The startup’s CEO Tomás Martins told TechCrunch that “Bicycles will undoubtedly play an important role in the post-pandemic world because they’re being strongly recommended by public health agencies for safe, sustainable transportation for individuals.”

As the labor force in Latin America continues to work remotely, SaaS startups are providing much needed services to digitally transform business operations.

Brazilian growth intelligence startup Cortex raised $22 million in a Series B round in early June to make improvements to its all-in-one SaaS platform for corporate communication, marketing, and sales.

Mortgage payments haven’t gone away during nationwide lockdowns in Latin America, and Colombia-based real estate startup La Haus raised $16 million to grow its online real estate marketplace that allows homebuyers and sellers to make digital transactions “with the infrastructure and transparency that oftentimes lacks in Latin America,” according to LatamList.

The Google for Startups Accelerator selected 12 Latin American startups from Argentina, Colombia, and Mexico to participate in its three-week, online program after going fully virtual due to COVID-19 restrictions.

This year’s edition will have a section dedicated to sharing the best practices of remote and geographically distributed work, with an emphasis on solutions relating to the economy, finance and investor relations. The 12 selected startups from Latin America stood out for their talent and ability to create world-class solutions to problems in the region, according to the Google Latam Developers blog.

This year’s edition will be led by some of the country’s top startup leaders, with mentorship provided by many leading investors, entrepreneurs, and CEOs in the region.

Meanwhile Cemex Ventures, the Madrid-based venture arm of Mexican multinational building materials company Cemex, launched the Construction Startup Competition 2020, which “seeks to identify and foster startups with the desire of leading the transformation in the construction industry.”

In Mexico and in many countries throughout the world, construction is considered an “essential activity” during the coronavirus pandemic, and the Construction Startup Competition 2020 is looking for innovative solutions in the areas of project design, supply chain management, digital solutions for jobsite management, building materials, construction methods, and sustainability.

In other news, global community SaaStock announced that SaaStock LatAm will be returning this year in a fully-online format from August 31. The 2-day event will feature a number of high-profile founders and investors from the region.

As the coronavirus accelerated and spread in June, so too did startup activity across the region.

For a “small entrance fee” Rappi’s 25 million registered users were able to tune-in on June 19 to see Colombian artist Manuel Medrano perform live, according to Billboard.

Rappi’s global head of SuperApp, Sebastian Ruales, described the new offering as “an added value for the Rappi platform where you’ll be able to do your transactions and also go to the events you want to go to.”

Back in 2016, Colombia’s BBVA bank acquired Mexican payments fintech Openpay, and in June of this year, BBVA announced that it had chosen Colombia as the first country to launch its international expansion of Openpay, according to Infobae. BBVA Colombia’s VP of Business Development Pedro Buitrago said that the goal of the move was to become an “ally of e-commerce businesses.”

After having raised an undisclosed amount in seed funding, Mexican insurtech startup Zenda.la launched a health insurance compensation package aimed at Millennials and Gen Z, according to Crowfund Insider.

Also in Mexico, food delivery app PedidosYa launched an online supermarket platform, offering deliveries within 30 minutes. Like remote working, deliveries are on the rise during nationwide lockdowns, and platforms like PedidosYa are helping to maintain social distancing by not crowding up physical supermarkets.

And in Colombia, e-commerce marketplace Mercado Libre announced it would launch a tech and innovation hub in the nation’s capital, Bogota, where it will house some 200 employees, according to Forbes.

Flavia Santoro, president of Colombia’s tourism promotion agency ProColombia, told Forbes, “This great new project confirms the country’s potential as an investment destination in the IT sector and contributes to the training and development of national talent, in addition to promoting job creation and new opportunities.”

Also in Colombia, IBM awarded its global open source recognition ‘Open Source Community Grant’ to PionerasDev, an initiative in Medellín that promotes spaces for women to learn about programming and develop technology skills.

All the announcements we see coming out of the Latin American startup ecosystem are set against the backdrop of the coronavirus.

The specific industries that were funded, the strategic expansions made, and the relief projects launched were ripples from the initial plunk of the pandemic.

Food delivery services, online payments, loans, virtual concerts, and many other developments were all moves that were made in response to filling gaps that the coronavirus had carved out and exposed.

Looking towards startup developments that came in direct response to the pandemic, Panama announced in early June it would extend access to productive financing in support of micro, small and medium-sized enterprises during the COVID-19 crisis.

The $150 million loan approved by the Inter-American Development Bank (IDB) will go to small businesses operating in the agricultural sector, “as well as other sectors relevant to the country’s economy,” according to the IDB.

With Latin America experiencing a new wave of coronavirus cases, major cities in Colombia are now seeing stricter restrictions on citizen movement with weekly lockdowns aiming to prevent the collapse of healthcare systems. Entrepreneurs including American Jim Glade and Colombian Harold Smith Henao have looked to step up and raise funding to deliver food to hundreds of hungry families in Medellín.

At the end of June, SoftBank partnered with Rappi to finance COVD-19 relief initiatives in Brazil, Colombia, and Mexico with the launch of non-profit IMPACTO. IMPACTO will focus on financing and delivering medical equipment, testing supplies, and food, with plans to deliver over 20,000 food baskets in the three regions. In Puerto Rico, to better address the coronavirus entrepreneurs Lauren Cascio and Dolmarie Mendez introduced a COVID Map by leveraging laboratory data, while in Mexico marketplace Mi Dulce Hogar saw a downturn in business during the pandemic, but decided in June to expand its home-cleaning services by offering disinfecting services.

As Latin America became the COVID-19 epicenter in June, startup entrepreneurs, VCs, and big name companies all pitched in to do their parts in keeping the innovation economy running while providing the services to meet the ever changing demands of a society under lockdown.

This article was co-authored by Tim Hinchliffe

This post is part of our contributor series. The views expressed are the author’s own and not necessarily shared by TNW.

Teri Polo and Sherri Saum on Reuniting for The Fosters Livestream: A ‘Cocoon of Goodness’

Thu Jul 16 , 2020
When Teri Polo and Sherri Saum first connected while preparing to film the pilot for The Fosters, they knew they were at the beginning of something special. And that something special remains to this day. When the pair, who played married parents of five Lena and Stef Adams Foster on […] 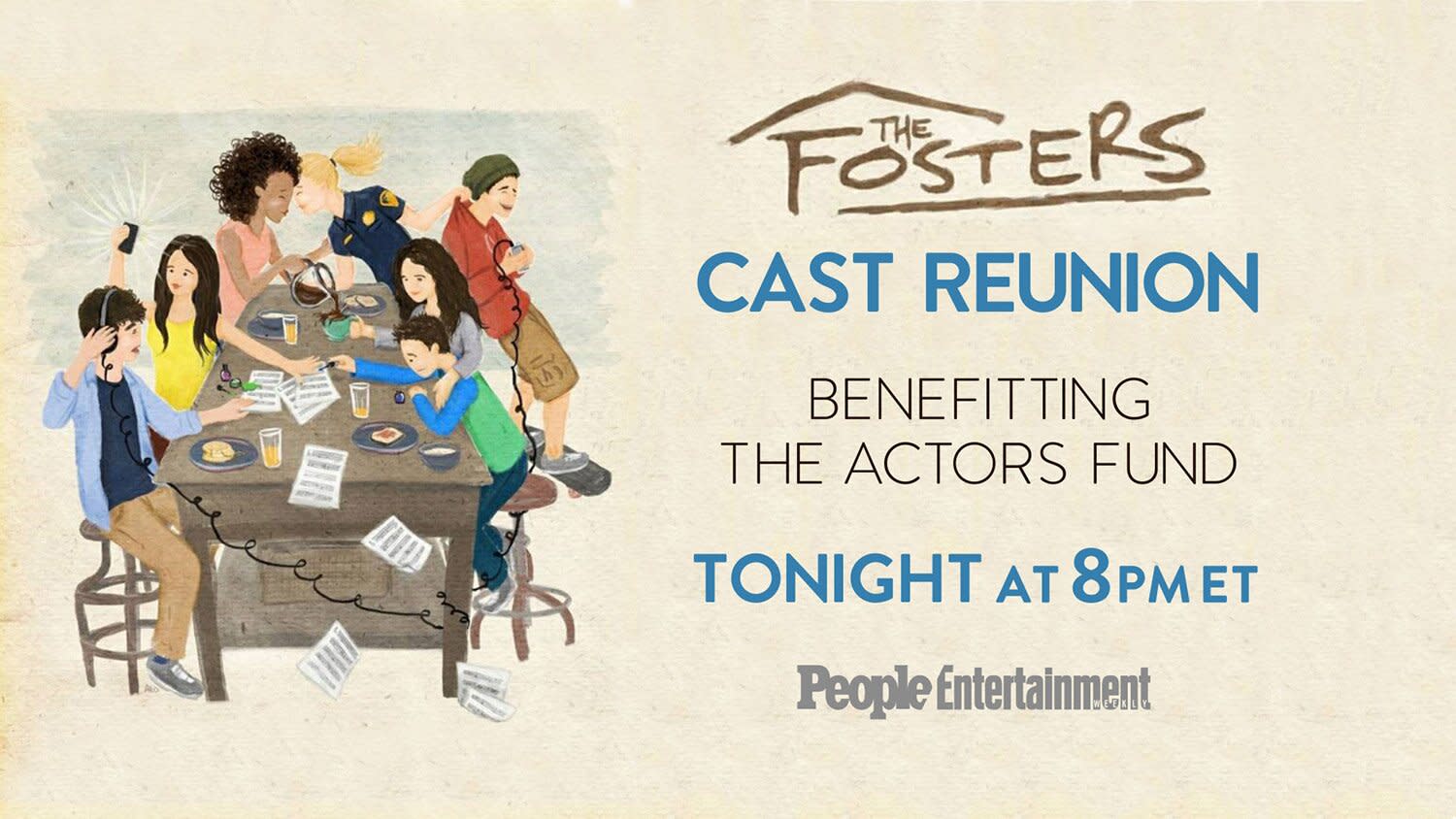