WASHINGTON — The school attended by President Donald Trump’s son will not fully reopen in September out of concern over the coronavirus pandemic despite the president’s insistence that students across the country be brought back to classrooms in the fall.

St. Andrew’s Episcopal School, a private school in Washington’s Maryland suburbs, said in a letter to parents that it was still deciding whether to adopt a hybrid model for the fall that would allow limited in-person education or to resume holding all classes completely online as was done in the spring. The school will decide early next month which option to follow.

“We are hopeful that public health conditions will support our implementation of the hybrid model in the fall,” said the letter signed by Robert Kosasky, the head of school, and David Brown, the assistant head. “As we prepare to make a decision the week of Aug. 10 about how to best begin the school year,” they added, “we will continue to follow guidance of appropriate health officials and refine both our hybrid and distance learning plans.”

If the school does opt for the hybrid model, students in seventh through 12th grades would rotate between on-campus and distance learning, with half of the students learning remotely each week. Barron Trump, 14, the youngest of the president’s five children, has spent the last three years at St. Andrew’s.

Trump has repeatedly insisted that schools fully open and has threatened to withhold federal money from districts that do not, but states, localities and private schools increasingly are defying him.

Teachers union leaders said the St. Andrew’s situation should bring home to Trump how complicated reopening is for schools trying to balance the educational needs of their children and the health concerns of the staff, students and community.

“The president now has to face what every other parent in America and every other teacher in America is grappling with right now, which is: In the midst of a pandemic, how do schools keep their kids and their faculty safe?” Randi Weingarten, president of the American Federation of Teachers, said in an interview. “It’s about safety, not bluster. It’s about a plan and resources, not threats.”

Weingarten said Trump’s confrontational approach had made it harder to find practical solutions to a problem everyone wants fixed. “Hopefully, Donald Trump will have a scintilla of empathy and consideration for what Americans are going through now that he is experiencing it himself,” she said.

The Milton Gottesman Jewish Day School of the Nation’s Capital, where Ivanka Trump, the president’s oldest daughter, and her husband, Jared Kushner, send their children, has not decided whether or how to reopen in the fall.

At a coronavirus briefing Wednesday, President Trump expressed no qualms about Barron or his school-age grandchildren returning to class. “I am comfortable with that,” he said.

The White House had no comment Thursday on the decision by St. Andrew’s, but at a briefing later in the day, Trump seemed more flexible in demanding reopenings, acknowledging the need to take safety measures more than he has in the past.

In areas with surging infections, he said, reading from a script, “districts may need to delay reopening for a few weeks.”

“That’s possible,” he said. “That’ll be up to governors. The decisions should be made based on the data and the facts on the ground.”

But he emphasized the need to reopen quickly. “We cannot indefinitely stop 50 million American children from going to school, harming their mental, physical and emotional development,” he said. “Reopening our schools is also critical to ensuring that parents can go to work and provide for their families.”

This article originally appeared in The New York Times.

Fri Jul 24 , 2020
Analysis banner Business Insider Eric Trump and Donald Trump Jr. speak during a ribbon cutting event at Trump Golf Links at Ferry Point in The Bronx. Drew Angerer/Getty Images Aggressive, in-your-face fundraising emails from political campaigns are nothing new, but the Trump campaign has taken it to a new level. […] 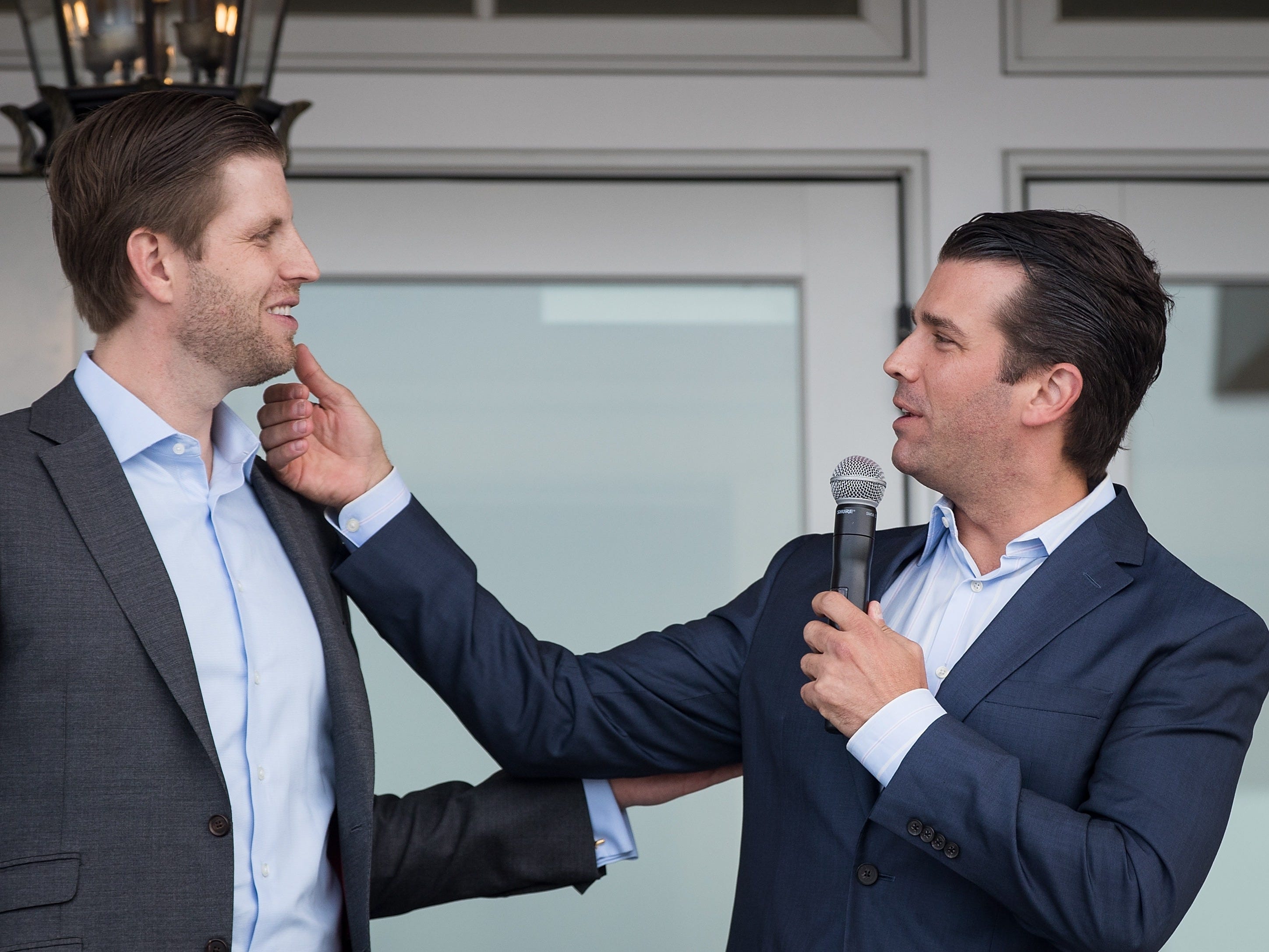