As coronavirus infection rates continue to spike around the country, states and cities are diverging in their response on how to contain the spread of COVID-19.

President Trump and many governors are insisting that public schools reopen for the fall, as is the case in Florida, while other states and regions are adopting a more cautious approach.

Los Angeles and San Diego, for instance, announced last Monday that their public schools would be online only this fall. On Friday, California Gov. Gavin Newsom ordered that most school classrooms in the state stay closed. And he has rolled back the reopening of many businesses and closed indoor dining and social spaces, even as Georgia’s governor rescinded local mask orders.

Political leaders in California have largely had public support for their decisions. One reason may be that Californians have greater faith in scientists than do people elsewhere in the country.

New data from the American Enterprise Institute’s Survey on COVID-19 and American Life show that California residents hold science professionals in high regard. The survey asks how much confidence, if any, respondents have in various groups of people — local government, news media, college professors, federal government officials — being able to act in the best interests of the public.

The data reveal that 68% of California residents think scientists make decisions and recommendations based on fact and systematic investigation. Other parts of the country think differently. Only 47% in Texas, 51% in Florida and 54% in the South (17 states, including those on the Gulf and Atlantic coasts, up to Maryland) believe the same. These are significant differences and may help explain the political reticence and delay among leaders in some of those states to impose tighter coronavirus restrictions, such as mask mandates, despite the surge in new infections.

The same pattern is seen in socializing with friends and taking children to playgrounds. Californians are more cautious because they are aware of the dangers of such behaviors.

In terms of public policies, Californians are more apt to accept the evidence and advice that doctors and scientists have presented to the public. The survey also found that when asked to weigh the costs and benefits of shutting down businesses and social life, 65% of Californians supported shutdowns to keep the public safe. That number was appreciably lower in Florida and Texas — both at 54%.

Californians are not experiencing COVID-19 differently from the rest of the country. Almost 90% are following the coronavirus news closely and are feeling the dire economic impacts, just like Americans everywhere else. It’s important to note that Californians are not embracing scientific evidence because the state is overwhelmingly liberal. The survey shows that California leans slightly to the left; 37% of Californians say they are liberal, 33% say they are conservative, and the remaining 28% declare themselves as moderate. California leans a bit more left than the national average, which generally leans to the right.

As White House officials push to reopen the country and public schools, most Californians are rejecting that dangerous impulse — based on science.

Samuel J. Abrams is a professor of politics at Sarah Lawrence College and a visiting scholar at the American Enterprise Institute.

Mon Jul 20 , 2020
Rex The universities minister has been urged to intervene following claims the Student Loans Company is giving graduates a “demoralising, damaging and dangerous” picture of their debts. Martin Lewis, the consumer affairs journalist, has accused the company of urging graduates to make payments they don’t have to make. Mr Lewis, […] 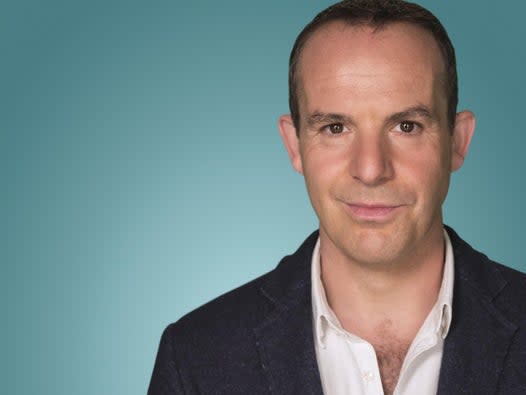