The man who played Dirty Harry back in the day wants a group of online CBD retailers to make his day in court to the tune of much more than a fistful of dollars.

Seeking “an award of actual and compensatory damages in the millions of dollars” and more in profits, Clint Eastwood on Wednesday fired off a federal lawsuit (read it here) against a series of companies and their executives for placing metatags with his name in them to juice online searches. Filed at the same time, a second jury trial suit (read it here) from the Oscar-winning Million Dollar Baby director goes after Sera Labs Inc., Greendios and For Our Vets LLC for “an online scam that uses a false, defamatory, and wholly fabricated ‘news article’ about Mr. Eastwood to promote and sell cannabidiol (“CBD”) products.”

“The fraudulent ‘article’ contains links to purchase what it claims are Mr. Eastwood’s line of CBD products, thereby allowing the defendants to illegally profit from their misuse of Mr. Eastwood’s name, likeness, and false association with their products,” the suit filed by Eastwood attorneys Jordan Susman and Margo Arnold of Encino’s Nolan Heimann LLP bluntly states.

“In truth, Mr. Eastwood has no connection of any kind whatsoever to any CBD products and never gave such an interview,” adds the defamation, trademark infringement and false endorsement complaint. It also says that that claims in the fake piece that Eastwood “‘would be stepping away from the spotlight to put more time into his wellness business” and “relations with some studios grew so tense that they ended up giving him an ultimatum – acting or his wellness line” are “demonstrably untrue.”

BTW, in case you are wondering, according to his PR firm on the suits, the former Mayor of Carmel-by-the-Sea, CA actually has never expressed a “point of view about CBD products or the legitimate CBD industry.”

Certainly Wednesday’s duel legal actions had something to say.

“For more than 60 years, Clint Eastwood has been one of the most famous actors, producers, and directors in the world,” both complaints assert. “Mr. Eastwood is fiercely protective of his name and image, and has rarely licensed either for the promotion of products outside of the movies he acted in or directed,” they go on to pronounce.

“Like many of his most famous characters, Mr. Eastwood is not afraid to confront wrongdoing and hold accountable those that try to illegally profit off his name,” the filings add with no small sense of humor from the now 90-year-old cinema icon who played “the man with no name” in those classic spaghetti Westerns from Sergio Leone.

“Indeed, Mr. Eastwood previously litigated and won a jury trial against the National Enquirer, which was affirmed on appeal, after the tabloid falsely claimed to have exclusively interviewed Mr. Eastwood and misappropriated his name, likeness, and personality to promote and sell its product.”

In that vein, there was no response from the companies in question for comment about Wednesday’s lawsuits. However, Eastwood’s lawyer wasn’t so reticent.

“My client is not one to sit idly by as the defendants use his good name to dupe customers into purchasing products with which he has no affiliation,” Nolan Heimann LLP’s Susman told Deadline.

“While the purpose of these lawsuits is to halt and remedy ongoing defamation and misappropriation violations, they should also serve as a reminder to customers to be cautious when they see a too-good-to-be-true celebrity endorsement,” the attorney adds of an online environment where celebs like George Clooney, Oprah, Tom Hanks and even a former POTUS or two often find themselves fighting phony endorsement or product-placement advertising using their image or name. “I expect these lawsuits will send a message to others about what will happen if they spread false and defamatory statements about Mr. Eastwood or use his name and likeness without permission.”

AKA – “Go ahead, make my day,” as Harry Callahan said in Eastwood’s Sudden Impact from 1983.

From Asking For Ventilators To Zero Patients

Wed Jul 22 , 2020
HOBOKEN, NJ — In late March, as the coronavirus pandemic was sickening both New Jersey residents and their doctors who lacked the protective equipment to deal with it, Hoboken Mayor Ravi Bhalla shared a desperate plea from Hoboken University Medical Center: they needed 13 ventilators for critical care patients, and […] 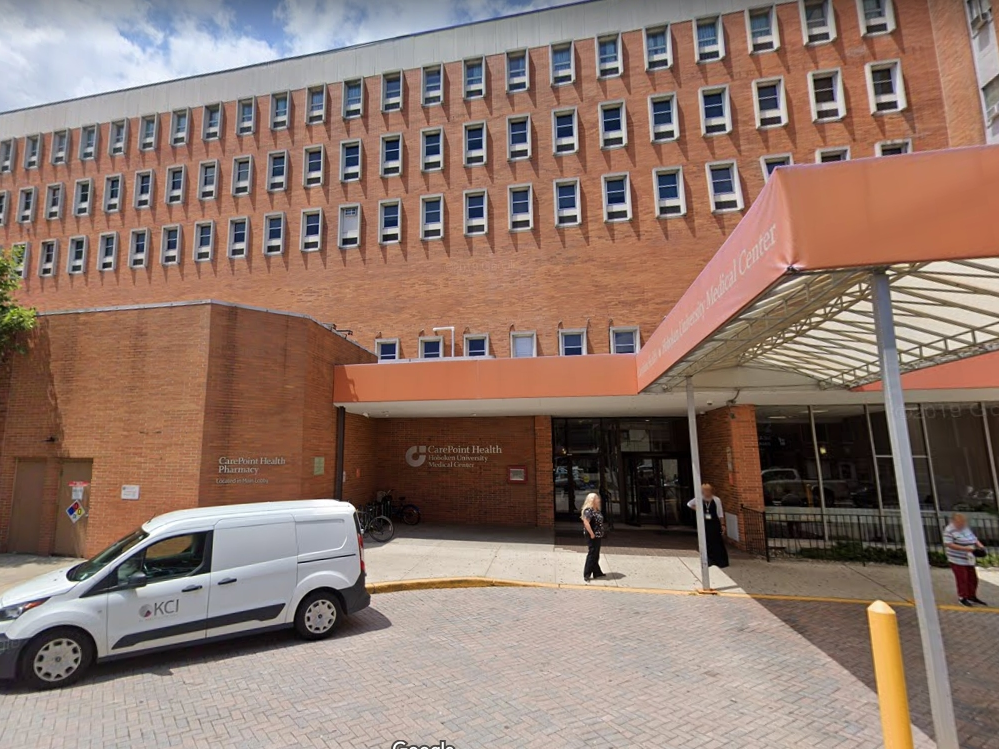