Australian blockchain startups are taking tech giants to court for banning crypto advertisements during the ICO boom, Coinsquare executives have settled over accusations of wash trading and South Korea is mulling increased taxes on crypto profits.

‘Be Thankful I Don’t Take It All‘
The South Korean government has proposed a 22% tax – including the 2% local income tax – on crypto trading profits. The Ministry of Economy and Finance tabled a proposal Wednesday to introduce the measure for gains above 2.5 million KRW (~$2,000). If approved by Korea’s National Assembly, the tax rule will come into force in October 2021, and will also apply to non-residents and foreign companies who trade on Korean exchanges. Separately, Russian officials have updated a draft bill that would redefine crypto as a taxable property, though not as a means of payment. Previously, the country’s lawmakers introduced a version of the law that would make any business issuing or trading crypto using Russia-based infrastructure illegal.

Crypto Class Action
Australian crypto startups have banded together in a class action against Google, Twitter and Facebook related to the banning of crypto advertising in 2018. The business owners claim they were harmed by the bans – meant to minimize harm to potential investors in initial coin offering (ICO) scams, but which may have overreached into legitimate businesses – and seek damages amounting to A$872 million (US$600 million). That amount could rise to A$300 billion in total as more litigants join the class action, according to the Daily Mail Australia.

Strengthening Rights
The Supreme People’s Court of China has said the country’s legal system should strengthen protections around digital currency ownership rights. Published Wednesday, a new guideline from the court, under the section “Strengthening judicial protection for property and equity rights,” specifies that the legal system should enhance protections over new types of ownership rights such as digital currencies, online virtual assets and data. Previously there have been legal decisions made by provincial and municipal courts in China in which digital currencies like bitcoin were treated as virtual properties.

Wash Trade Settlement
Coinsquare will settle with the Ontario Securities Commission (OSC) over allegations executives had employees fake trades to inflate the platform’s volumes. As part of the settlement agreement reached Tuesday, Coinsquare admitted that around 840,000 illicit wash trades were conducted on the platform, amounting to a total value of around 590,000 bitcoin (BTC) (worth almost $5.5 billion at press time). Senior executives have also agreed to resign, with CEO Cole Diamond to pay a $1 million penalty and founder Virgile Rostand $900,000.

Watching the Watchdog
SEC Commissioner Hester Peirce on Tuesday criticized the watchdog’s decision to penalize Telegram’s $1.2 billion ICO. Speaking to the Blockchain Association Singapore, “Crypto Mom” Pierce said the SEC fundamentally erred in prosecuting and punishing Telegram’s Gram token sale, saying the decision to sell Grams under a “Simple Agreement for Future Tokens” offering structure should have protected the project from securities violations. Peirce again called for a “safe harbor” that would give certain token projects three years to experiment while regulators retooled their frameworks for what is and is not an investment contract.

CoinDesk spoke with Gwern, the pseudonymous tech researcher, about his ongoing experiments with the most powerful AI language model to date.

OpenAI’s GPT-3 has “read” nearly every word published online, and now has the ability to complete human prompts. The tool can write media articles, business prospectuses and – as Gwern has discovered – poetry.

Human: Please write me a sonnet on the subject of the Forth Bridge.

AI: Countless their wheat-stacks tall and trains which roar across it by night, All these must fall like Gabriel’s hair, Which was all gold before it withered.

As others have noted, the model can’t think on its own and has clear limitations in always writing what its users want it to. To this end, Gwern found that the biggest hurdle is in coming up with the right prompt.

“I think it is partially a matter of intelligence and the technology, yes. I should be able to write out clear descriptions and provide a few examples, which would be enough for a human to infer my intent, but right now it’s still quite chancy for GPT-3 to pick good completions,” he said over a direct message.

Considering this, CoinDesk asked whether the final result of running a situation feels like his own work of art.

“[W]hen I nail a prompt, what I tend to feel is more that I’ve created a new genre,” he said. “[I]n the way that JRR Tolkien might feel that he was the author of ‘fantasy’ even if he didn’t feel otherwise like the author of any specific fantasy book, if you follow me. [O]ther people take the idea and run with it. [Y]ou feel proud of how your idea goes on without you.”

Still, after a month of experimentation, Gwern has found the novelty has worn off. “[I]f I’m going to spend half an hour on something, it’d better be testing something interesting on GPT-3.”

That’s a fine position to take while the program is still in a private beta. It might be a different story when it’s released to the world.

Users Up, Transactions Down?
Despite recent price doldrums, the Bitcoin network has as many users since the cryptocurrency topped $20,000 in 2017, according to an on-chain metric. The seven-day moving average of Bitcoin’s “active entities” rose to 305,355 on Tuesday to hit the highest level since Dec. 23, 2017, according to Glassnode, which defines active entities as a “cluster of addresses controlled by the same network entity.” This would include both businesses like exchanges and custodians and individuals. However, the seven-day moving average of bitcoin’s transaction count has increased 23% over the past four months, but is still well below the 2020 high registered on March 5.

Hype & High Fees
Ethereum fees are at a two-year high as the hype around DeFi yield farming leads to a surge in network activity, according to research firm Coin Metrics. Coin Metrics’ data shows median transaction fees, which increase in step with network activity, were around $0.50 yesterday – the highest since August 2018. The total value locked (TVL) in DeFi projects recently passed the $3 billion mark, according to DeFi Pulse, having only crossed the billion-dollar milestone in February. Digital Assets Data analyst Connor Abendschein attributes “massive increase” in ERC-20-standard stablecoins as a contributing factor.

The World Computer at a Crossroads
Five years ago, an unlikely project went live. It called itself “the world computer” and it promised to transform not just cryptocurrencies as we knew it, but the very idea of what could be done with cryptography and consensus. Ethereum had arrived.

From its technical aspirations to unicorns and memes, Ethereum is a culture on its own. It has spawned blockchain uses — from digital cats to yield farming — previously unimagined.

Ethereum is at a crossroads. But it must complete an ambitious and fraught retooling of its foundations — the long awaited move to Ethereum 2.0 — to keep up with the market’s demands.

CoinDesk is marking the milestone with Ethereum at Five: a cross-platform series comprising a series of special coverage, a pop-up newsletter and live-streamed discussions. New issues and sessions launch daily from July 27-31. Register for CoinDesk Live and our pop-up newsletter.

Scaling Blockchain Businesses
Lex Sokolin, a CoinDesk columnist and Global Fintech co-head at ConsenSys, is joined by Figure CEO Mike Cagney and Rebank’s Will Beeson to discuss how to successfully run a business in blockchain, why working from home is better and lessons learned from scaling multi-billion dollar corporations.

Wed Jul 22 , 2020
Welcome to Money Diaries where we are tackling the ever-present taboo that is money. We’re asking real people how they spend their hard-earned money during a seven-day period — and we’re tracking every last dollar. Today: a Clinical Research Coordinator who makes $73,000 per year and spends some of her […] 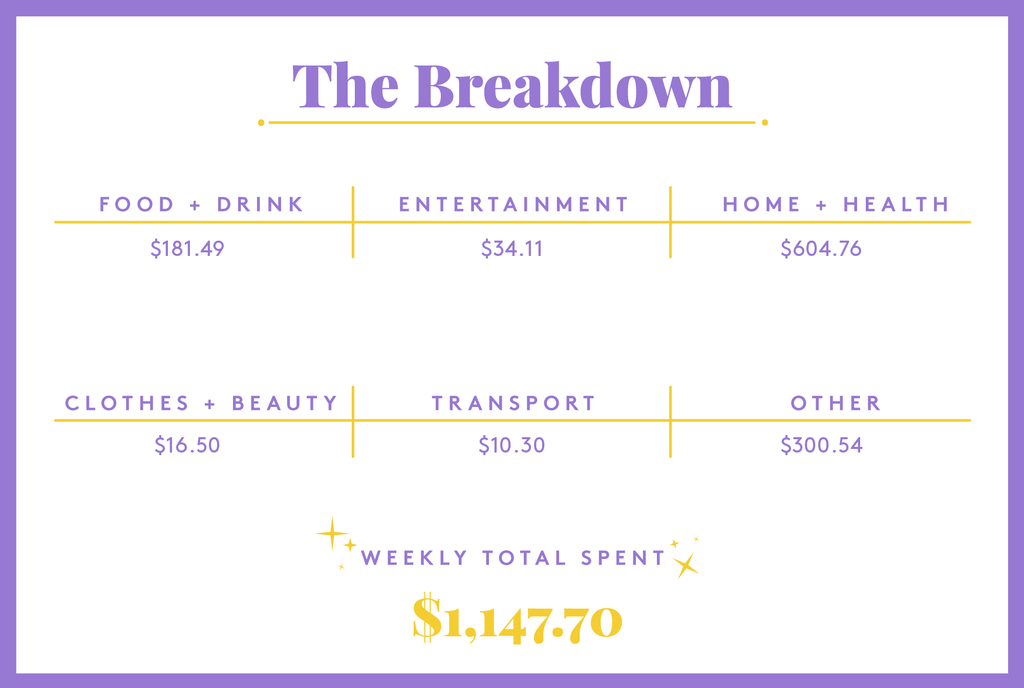