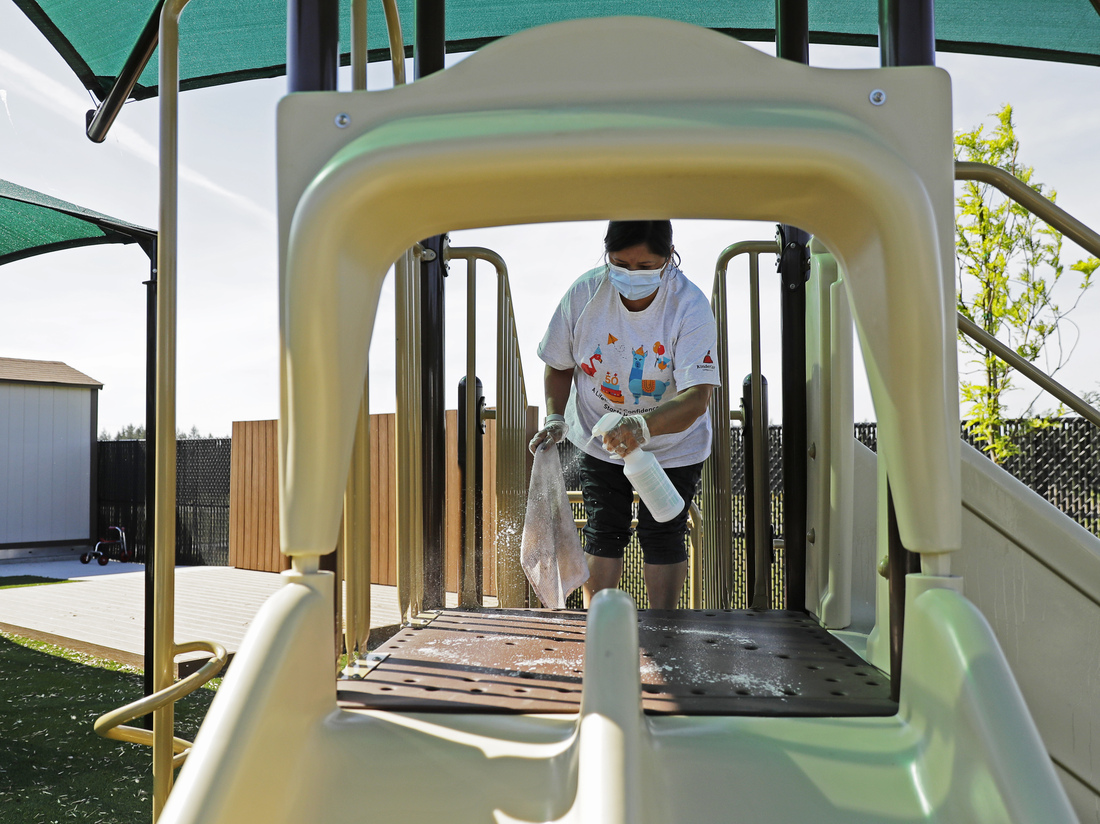 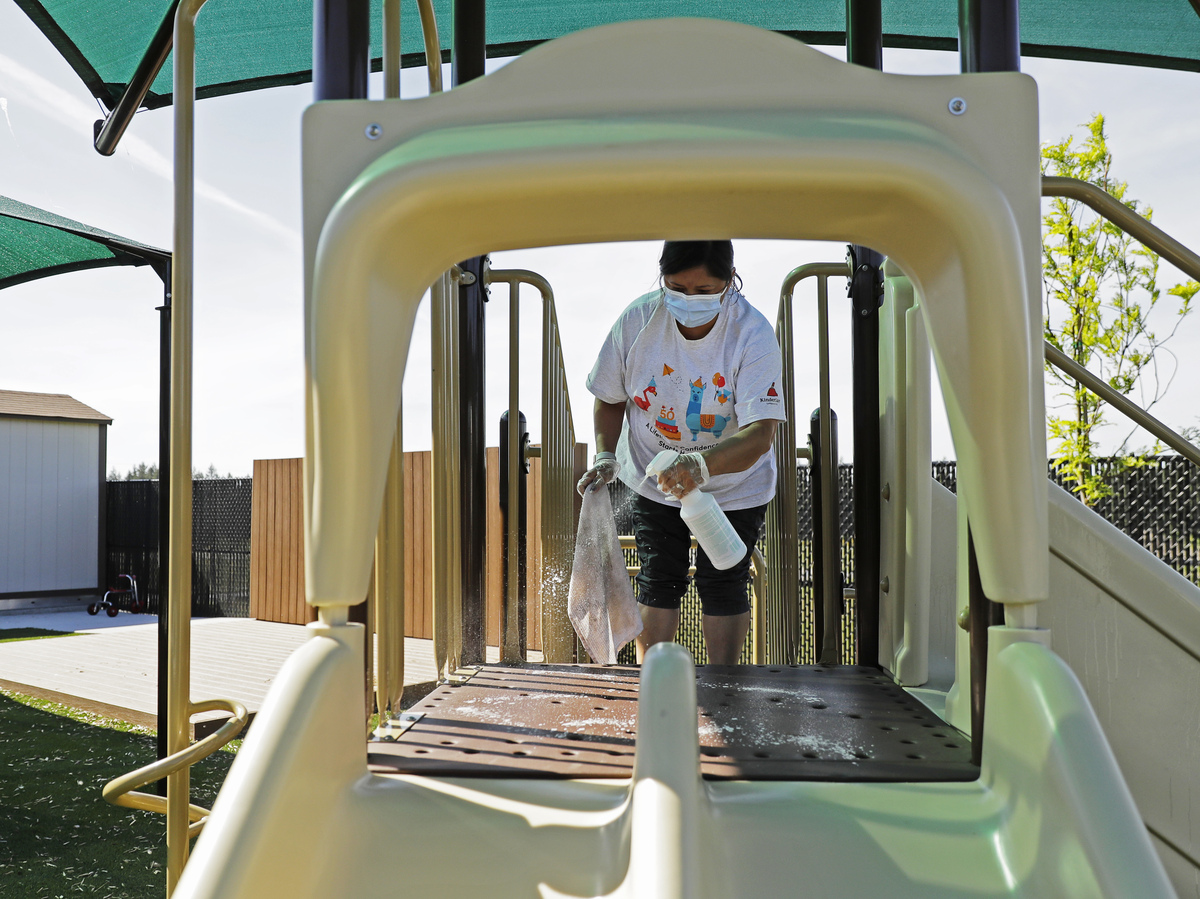 Of the many sectors of the American economy slammed by the coronavirus pandemic, the businesses and individuals who provide child care to an estimated 12 million children under age 5 are among the hardest hit.

According to a report released Wednesday, more than 1 out of 5 of the nearly 1 million people employed in the U.S. as child care providers in February have lost their jobs.

Women account for 95% of the child care workforce, so they have felt the impact of those lost jobs especially hard, according to the report from the National Women’s Law Center.

And the women working as child care providers are 2 1/2 times more likely than in the overall workforce to be either Black or Latina, according to the center.

Congress provided $3.5 billion in April to help shore up the child care industry, whose annual revenues are estimated by the Conference Board to be $47.2 billion, as part of the coronavirus rescue package.

But a group of nearly 500 state and national organizations says while that assistance helps, it is not nearly enough.

“Closures critical to preventing the spread of the virus, some mandated by states, and some reflective of educators’ and parents’ difficult decisions, have left tens of thousands of child care providers without the means to pay their basic operating expenses,” the group wrote congressional leaders in April.

“At the same time,” they added, “some providers are risking their own health to provide care for the children of essential personnel, including medical professionals, delivery drivers, grocery store workers and first responders, who simply cannot continue their critical work on the front-lines of the coronavirus pandemic without this care.”

The National Women’s Law Center also noted that day cares attempting to stay open during the pandemic have additional costs related to cleaning, personal protective gear and the finding of substitutes if caregivers get sick. They’re also often caring for fewer children to maintain social distancing.

The group told the lawmakers an infusion of $50 billion would be needed to prevent additional closures of child care centers through October.

Workforce survey data from the U.S. Bureau of Labor Statistics show that the number of women working as child care providers dropped from about 972,600 in February to 622,300 in April. Although by June — the latest month reported — that number had risen to 725,200, it still represented a loss of nearly a quarter million jobs for women during the pandemic.

The nearly 20% drop in child care employment compares with about an 8% drop in the overall number of working Americans.

Well before the arrival of the coronavirus, child care providers were already among the lowest-paid workers in the U.S. economy. More than 1 out of 10 live below the poverty line — double the rate for workers in the overall economy — and barely a quarter of them have employer-sponsored health insurance, according to the National Women’s Law Center.