The decision made at a board meeting on Friday gives a surprise likelihood to a bid from Norwegian online marketplace Adevinta ASA, which offered a mix of cash and stock and would leave EBay with a significant stake in the combined business, Bloomberg reported. A combination of the classifieds unit with the listed Scandinavian firm would also allow EBay to benefit from any future increase in the shares.

Separately, a private equity consortium backed by Blackstone Group Inc. (BX), Permira and Hellman & Friedman has been interested in the unit and also offered to let EBay keep a minority stake.

Until as recently as Friday, Naspers Ltd.-owned Prosus was considered to be the front runner for a deal after submitting the highest, all-cash offer for the entire unit. EBay’s classifieds business could be worth more than $8 billion in one of the largest auction processes this year.

EBay and its advisers are still discussing the various offers and bidders could still make a last-ditch effort to tip the scales in their favor. The e-commerce platform is poised to make a formal decision on an exclusive partner in the coming days.

EBay is selling the classifieds unit in response to activist investors that want it to focus on its main online marketplace.

Ebay shares have been on a phenomenal run rallying 61% this year as more people ordered online due to the stay-at-home orders in place to contain the coronavirus pandemic.

Five-star analyst Scott Devitt at Stifel Nicolaus last week raised the price target on the stock to $66 (14% upside potential) from $52, to reflect a higher valuation of the classifieds business in his sum-of-the parts valuation.

“Recent news reports are suggesting bids in the $8B range (ahead of our $5.6B prior estimate),” Devitt, who maintained a Buy rating on the stock, wrote in a note to investors. “The company may provide an update on the classifieds business before the earnings release [on July 28] which may be positive for the stock leading into earnings.”

“EBay continues to benefit from favorable trends in e-commerce which we believe may have more legs than currently reflected in estimates,” the analyst added.

The rest of the Wall Street community has a cautiously optimistic outlook on the stock. The Moderate Buy analyst consensus shows 10 Buys versus 13 Holds and 1 Sell. Meanwhile, the $55.76 average price target implies 4% downside potential over the next 12 months. (See EBAY stock analysis on TipRanks).

Related News:
Alibaba’s CEO Sets Out Ambitious Goals; Sees 2B Customers By 2036
Amazon Delays Prime Day- This Time Until October
Has Apple Surged Too Far, Too Fast? Analyst Weighs In

How New York Galleries Are Reopening

Sun Jul 19 , 2020
Click here to read the full article. In mid-March, as the coronavirus pandemic brought New York to a standstill, many galleries had to shutter for a month-long period. Now, as New York City’s reopening continues apace, those art spaces are beginning to reopen their doors with increased safety precautions. Many ask […] 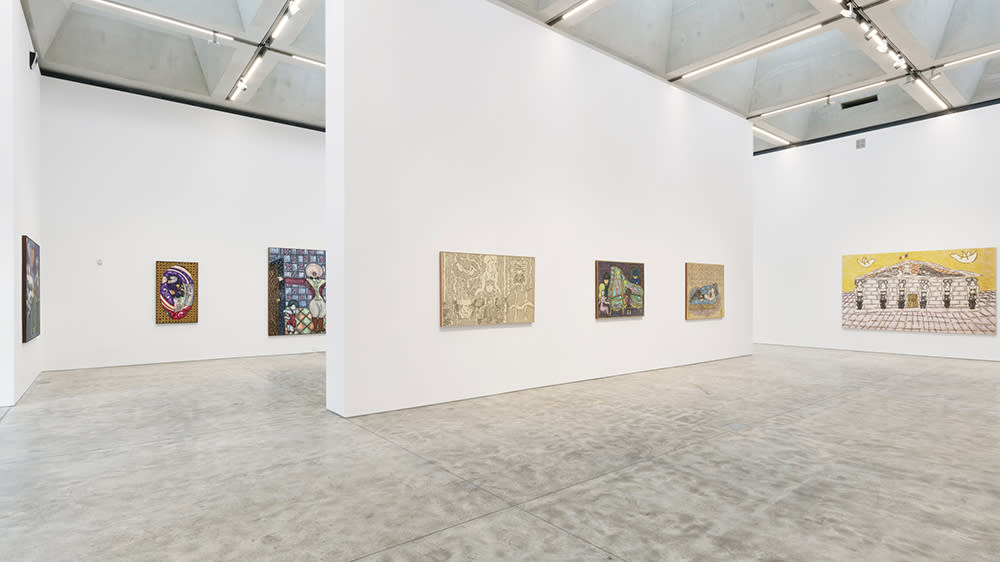