Since the very first days of the coronavirus pandemic, consumer behavior has been in a constant state of change.

Five consumer studies by First Insight, taken between February and April, found that perception that COVID-19 would impact the global economy remained consistently strong as consumers adjusted to new world orders. Worry and fear became driving forces and reached a peak in April correlating with reports of high levels of positive virus cases.

First Insight’s first report, on Feb. 28, identified Millennials as the most worried. “Millennials were first to change behavior, curtailing spending and going out in public less often, stocking up on goods and being more likely to work from home,” authors said of the report. Data from the survey found 36 percent of Millennial respondents had changed how much they were spending on products as a result of news about the coronavirus.

In mid-March, First Insight’s second report found that as the pandemic took hold, the anticipation of further spread began to further change consumer shopping behavior with significant shifts in where and how money was spent. The survey found 75 percent of respondents reporting that the virus was impacting shopping behaviors, up from 45 percent just a few weeks prior. At the time of the survey, more than half of the respondents also reported that local physical stores had begun closing.

Worry continued to grow in April, though First Insight’s third report found more consumers to be showing optimism, with most Americans saying they believed stores would reopen by the end of May. Still, 89 percent of U.S. consumers said the virus was continuing to impact buying decisions, an increase from both previous surveys. Further, the survey found a shift as almost half of the respondents reported they were shopping more frequently online.

At the time of its third survey, First Insight also found the top three categories experiencing impacts from consumer spending cutbacks were apparel, luxury items and footwear/accessories. Consumers were instead spending more on comfort food and things to pass time.

Early April also represented a shift in how consumers responded to retailers, looking particularly at how company’s treated employees. Data found men felt very strongly about how retailers were treating employees as it related to health and safety, with 68 percent saying it impacted buying decisions. Millennials were also impacted more than other generations with 65 percent saying they would be “less inclined to shop at an essential retailer that had sick employees come to work.” A slightly less, but still significant, 58 percent of Generation Z and Generation X agreed with the sentiment.

Concerns for safety continued in the company’s fourth survey conducted in late April, which found Americans concerned for in-store environments in a post-COVID-19 world. At the same time, consumers began to loosen sentiments toward spending cutbacks, 88 percent of women said coronavirus was still impacting spending behaviors. Late April also marked a time when masks had become commonplace outside of homes. While 54 percent of consumers said they felt safe returning to grocery stores, only 33 percent reported feeling safe returning to shopping malls.

First Insight’s fifth survey, conducted at the end of April, experienced worry continuing to lessen as coronavirus began to subside and some parts of the country began to reopen. Notably, this report also found consumer sentiment valuing the importance of promotional discounts. More than half of consumers said they were now ready to buy apparel in-store, followed by home improvement and footwear. Concerns of safety remained as consumers considered trying on clothing in dressing rooms and testing beauty products. Further, 66 percent of women said they did not feel safe working with a sales associate.

Discounts required to motivate shoppers showed variance by age and gender. Overall, data found that almost half of consumers would require a 30 percent discount or more to make a purchase.

Mon Jul 20 , 2020
The COVID-19 crisis forced Dharma Yoga Studio in Coconut Grove to quickly pivot to a fully online model. The idea was to offer a variety of Zoom classes for a few months to get through the lockdown, and then return to the cozy ground-floor studio that had become an integral […] 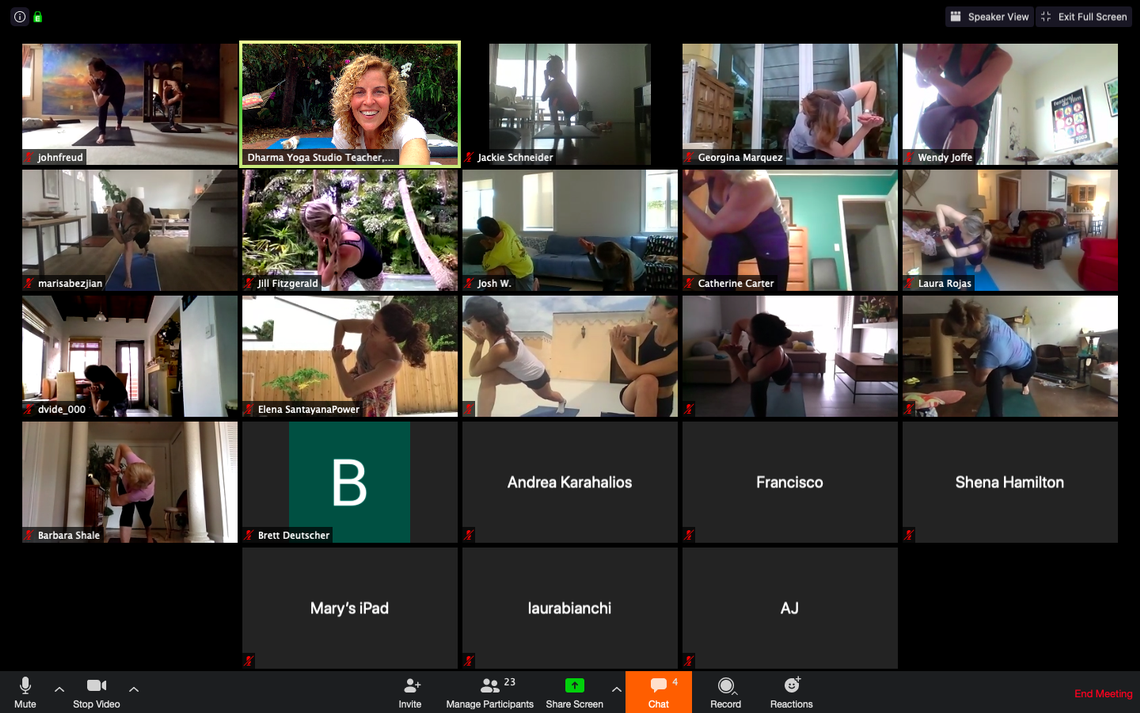