CNN Business parsed through the posts and found personal details and photos that it alleges connect Blake Neff to an online pseudonym CharlesXII on the forum AutoAdmit. Neff declined to comment to CNN Business.

Most recently, on June 24, CharlesXII posted a message on the forum, AutoAdmit, reading, “Honestly given how tired black people always claim to be, maybe the real crisis is their lack of sleep,” according to CNN Business.

On June 5, CNN Business reported that CharlesXII wrote another comment reading, “Black doods staying inside playing Call of Duty is probably one of the biggest factors keeping crime down.” The same day, CharlesXII is alleged to have replied to a thread titled, “Didn’t Michael Brown rob a store and attack a police officer? And wasn’t [George Floyd] a piece of shit with a long criminal record? Jfc libs.”

One user commented on the thread, saying “It doesn’t matter,” to which CharlesXII replied with, “It does. The violent criminals are even MORE heroic,” according to the CNN Business report.

CNN Business also alleged that on May 25, he accused Reps. Alexandria Ocasio-Cortez, Ayanna Pressley, Rashida Tlaib, and Ilhan Omar — a group of progressive freshman congresswomen known as “The Squad” — of wanting to “MAKE YOUR COUNTRY A DUMPING GROUND FOR PEOPLE FROM THIRD WORLD SHITHOLES,” he wrote in a post on the online forum.

In March of this year, CharlesXII mocked a woman he was connected on social media who posted about her plan to freeze her eggs, CNN Business reported, creating a thread titled, “Disaster: WuFlu outbreak endangers aging shrew’s quest to freeze eggs.”

Neff has worked for Fox News for nearly four years and joined Carlson’s show shortly after its inception in November 2016, according to an article in the Dartmouth Alumni Magazine.

A Fox News spokesperson confirmed to Business Insider that Neff has resigned, but did not confirm the circumstances behind his departure nor did they comment on the CNN Business report.

When he was the top writer for Tucker Carlson Tonight, Neff told the Dartmouth Alumni Magazine that “anything he is reading off the teleprompter, the first draft was written by me,” adding that he initially discussed news coverage with Carlson every day but has since “gotten used to what he likes and what he thinks about.”

Mon Jul 13 , 2020
Florida reported another alarming number of new coronavirus cases Monday as President Donald Trump displayed his frustration with the CDC and the World Health Organization’s director warned that the global pandemic is worsening. “We need to reach a sustainable situation where we have adequate control of this virus without shutting down […] 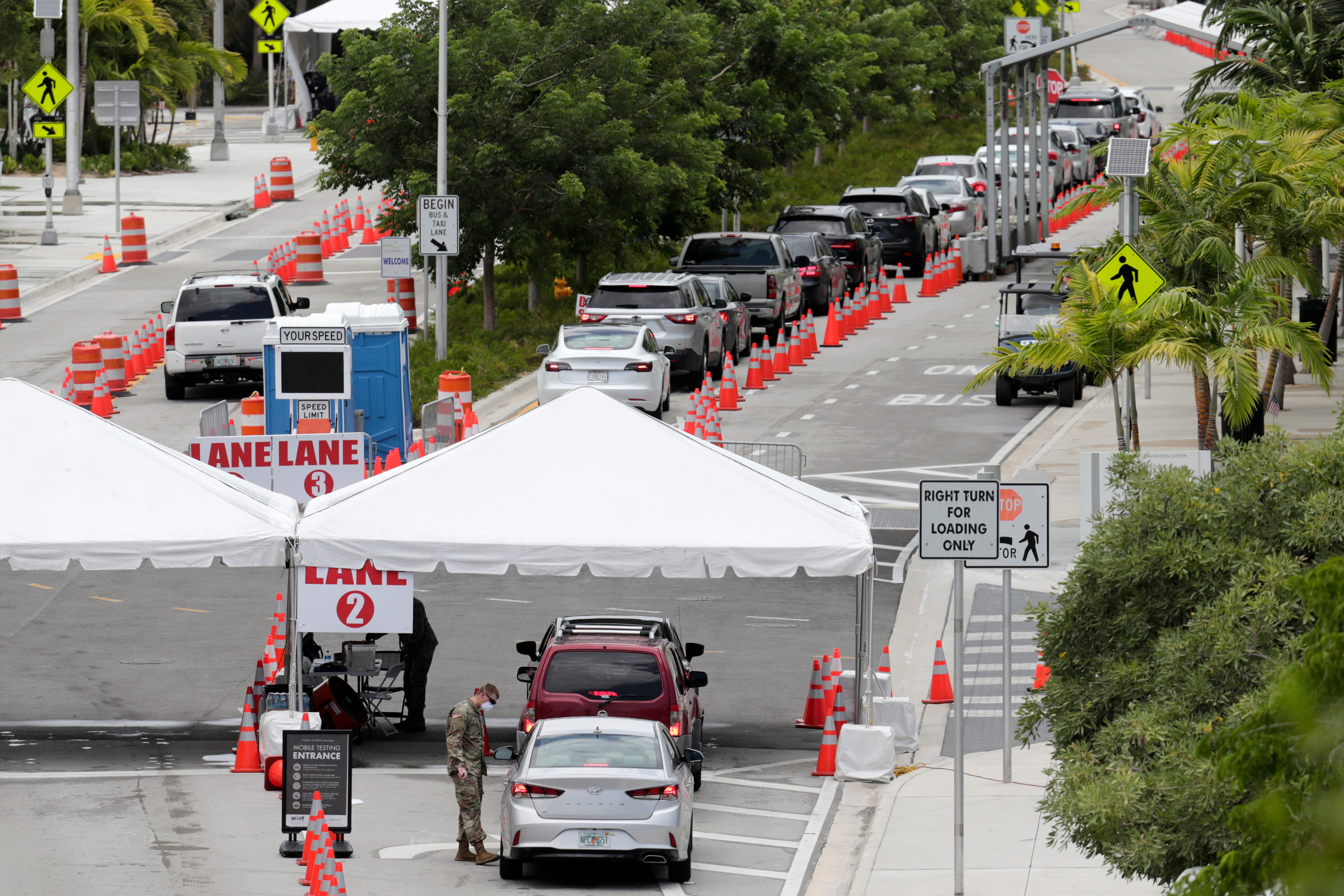