It’s a significant drop, but it indicates people are still losing their jobs or can’t find new employment opportunities six months into the global pandemic. Meanwhile, many industries like manufacturing, construction and nursing are actively hiring and not getting the help they need.

According to iHire, a Frederick-based website for jobseekers and employers, 36.9 percent of current job seekers are unemployed due to the coronavirus pandemic.

Meanwhile, 27.9 percent of companies that aren’t hiring right now are doing so because they’ve had to downsize during COVID-19. But some fields are actively growing, said Patty McDonald, business services manager for Frederick County Workforce Services. These include manufacturing, life sciences and bio-health, transportation and health care, most of which were growing before the pandemic began.

And while the extra unemployment benefits have ended, many people are still riding them out because they are fearful of returning to work during the pandemic, said Rick Weldon, CEO of the Frederick County Chamber of Commerce. This is especially true for people who must work face-to-face with the public and within close proximity, such as servers and cashiers.

The state of Maryland has approved an extra $300 per week in unemployment benefits that will begin later this month, but will most likely be short lived.

For those who are looking for work, there are more than 5,000 vacancies in the county listed on the Maryland Job Exchange. And there are plenty of resources to help them find employment.

Tawanna Turner got back on the job market for the first time in three years in April after her family transferred her mother-in-law, who has dementia, into a group home. Turner went from full-time caretaker to job seeker in the middle of the COVID-19 pandemic.

Turner was referred to Justice Jobs of Maryland, a Frederick-based nonprofit that helps people with barriers to employment find jobs. Executive Director Robert Clegg said the nonprofit has been working on “emergency mode” since March, when more people have been contacting them in need of a job than ever.

“Surprisingly, there have been a lot of jobs out there the whole time, just in select areas,” Clegg said. “… Especially in the supply chain because people who don’t have to work have been opting out of their jobs, or opting out of going.”

Justice Jobs has been able to provide its services remotely through Zoom calls. Turner said she met with Clegg over a video call and they went over her resume and cover letter together using screen share. She originally wanted to work in the public education system, as she had worked with special needs children in the past. But after she didn’t hear back, Clegg helped Turner combine the skills she developed from caring for her mother-in-law with her past in special needs to help her find a nursing job in the Frederick Health system.

“I was in the program for about two weeks and after that I got employment through Frederick Health Hospital,” Turner said. She now works as a dietary aide.

iHire has also shifted to meet the needs of both employers and job seekers by launching Gig and Part-Time Job Alerts, said Steve Flook, CEO and president. These alerts would quickly notify job seekers with work, be it temporary, part-time, or side-gig work. They also added “work from home” as a searchable option.

Flook said that the company’s research has indicated that more people are considering career changes during COVID-19, especially after having had time off from their jobs. This will lead more people to apply their skills in one field to another, such as Turner did with education and nursing.

Turner is thankful for Justice Jobs, and wishes more people knew about the services it offers. She knows many people might be sitting at home, refreshing websites like Indeed and LinkedIn, hoping to find something.

“More people have to know about it, because I had no idea,” she said. “And as soon as I found out about it, and got into the program, I had a job two weeks later.”

Many vacant positions are in warehouses or skilled trades that already have a hard time finding people to work.

All Around Plumbing in Frederick is currently seeking two full-time plumbers. Owner Brendan Madden said that it’s been difficult to find plumbers.

“We have had difficulty in finding qualified people for several years. The pandemic, I don’t think has changed that,” Madden said. “… And some of that is because, while we do hire apprentices and people who maybe don’t have any experience, we also need people who have experience.”

Madden’s personnel tends to change throughout the year, and he did not feel the need to replace employees who left during the height of the pandemic right away, as they were not needed. But now that the company has more demand, he’s back on the hunt.

All Around Plumbing, as well as Dynamic Automotive and multiple other Frederick County businesses, have benefitted from the Frederick County Public Schools Youth Apprenticeship program still running this year. While many elements are not the same, such as the way business owners would come in to talk to the classes about the different opportunities in their fields, the businesses were still able to obtain apprentices.

Dwayne Myers, CEO and president of Dynamic Automotive considers apprentices to be an incredibly important part of the company. Even when he had to cut hours and lay off some employees, he kept his apprentices on.

Another industry that has been seeking help is construction. People Ready, a short-term job agency with a location in Frederick, has been seeing an increase in employers needing construction labor, but a decrease in people calling to fill it. Kelly Betances, an employee at People Ready, said at the beginning of the pandemic, they were only receiving requests for about three jobs a day. Now, they’re receiving about 20 per day, most of which are going unfilled because people are nervous to return to job sites during the pandemic.

Job seekers had a chance to apply for jobs on the spot at a drive-through job fair held by Express Employment Professionals’ Frederick location. Employers were looking to fill about 70 positions, ranging from warehouse workers to welders to executive assistants.

Express Employment Professionals just opened in April, said owner Dave West, and has been working with businesses to help secure employees. West opened the franchise location in April, and said that oftentimes, there are more employers looking to hire through their services than there are people seeking their services to get hired. That’s largely in part due to the number of people who are still on unemployment insurance.

“We’re doing whatever we can … to get people to work,” West said. “That’s our goal.”

This story has been updated to remove a general claim that people are making more money on unemployment when that is no longer true for most workers.

Why Money-Market Fund Woe Is a Headache for Borrowers: QuickTake

Fri Oct 2 , 2020
For decades, money-market mutual funds offered better returns than bank deposits, were just as accessible and seemed just as safe — until they needed a federal bailout at the height of the 2008 financial crisis. That led to reforms meant to make the industry safer, while still allowing users to […] 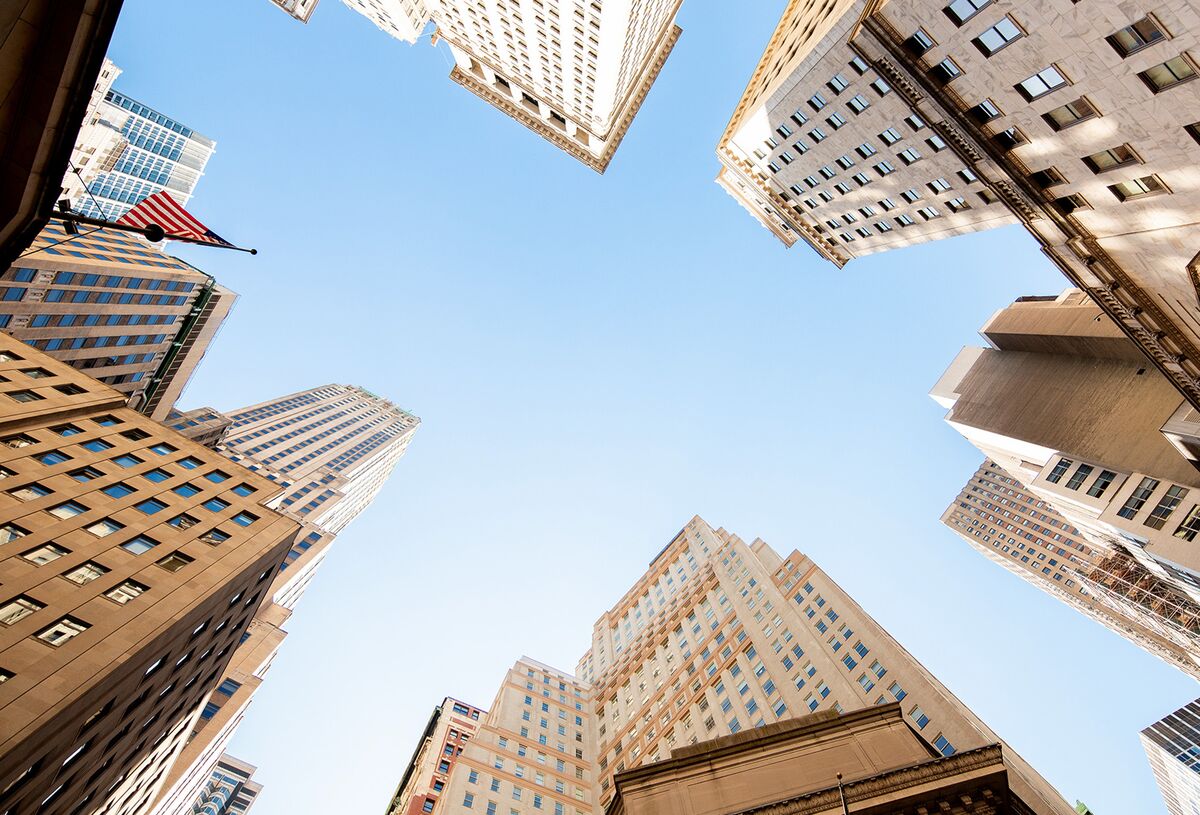