One part of their Olmsted Falls business that has not changed, however, is the enjoyment of their customers — the people.

“The coolest part of the business is the retail side – the people. The friendships you make over the years,” Garry said. “You may only see them a few times or maybe just one time a year but being a local business you see them out in the community, too. That is real enjoyment.”

Garry and Chris grew up in Olmsted Falls. In fact, their son Bryan is a fourth generation Bulldog grad. Garry and Chris met in school and tied their marriage knot Feb. 24, 1979. That is the same year they opened T & S, which stands for Thompson and Shepard, the latter is Chris’ maiden name.

Garry said he liked to tinker as a boy. He had plans on building go-carts and even a helicopter, the latter with wooden blades. Well, while contemplating the latter, a friend of his said his dad wondered if he had an interest in working on lawn mowers at the former ABC Mowers.

“That was in eighth grade. I gave it a try and was called in the spring to come back. After school I rode my bike to Rados farm on Nobottom Road. I made $1 an hour. He (the owner) would set aside one or two mowers for me and I’d do clean ups, tune ups. Then I’d ride back home around 6 or 7 p.m.”

“I learned a lot there about mowers, hardware and business in general,” Garry said.

Through that effort, he was told he could – and should — open a business of his own. He and Chris bought their Sprague Road home in 1978 for the purpose of opening up their business. In March of 1979, a few weeks after they married, T & S opened as a 600-square-foot business in their garage. The business is still there, but it now covers more than 10,000 square feet. It took over the entire home, added more space to that structure and also includes a large barn/warehouse on the property. The Thompsons moved to a new house just around the corner.

T & S was considered an “essential” business when COVID-19 hit and the state shut down. An online search of the word “appliance” showed lawn mowers were included under that term. Garry had the foresight to buy plastic early on and placed it around the counters and other locations throughout the store to create a safe environment. He also purchased cleaning products and made their own hand sanitizers when none could be found. When he was visited by an “official” checking on his operations, the official saw how busy they were after a bad storm when people – and surrounding cities – came in looking for or servicing saws to cut trees and branch for removal in yards, streets and elsewhere. He gave them the thumbs up.

“We made the right choice when we stayed open,” he said “We are a service business. And I knew that by April 15, the grass would be growing and people would need us then and in the coming months.”

Much has changed over the years. T & S handled mostly lawn mowers in the beginning. As technology increased, the business added leaf blowers, weed trimmers, snow blowers, chain saws, equipment of all kinds and even, yes, robotic lawn mowers that run on their own for hours at a time. Also, battery-powered items have replaced some gasoline products.

Chris said computerization is the big difference from their early days.

“In sales and parts, computerization has made it so much faster for us,” said Chris, who joined the business full time after her nursing career. “You can now hit a (computer) button instead of going through files. It allows volumes we can put through now.”

They also have seen USA-made products replaced by those assembled in other countries and equipment having a shorter life span.

One item in big demand now, and for which they get calls, is the rototiller.

“People are looking for them. They last forever and are like heirlooms,” Chris said.

However, they are very difficult to find now that the virus is keeping people home. Backyard gardens have increased since last year and rototilling is much easier on the body than manually turning over soil.

The two have been active in the community — Chris in the Olmsted Falls Garden Club and St. Mary of the Falls, for both and Garry from Jaycee’s, Olmsted Falls Kiwanis Club, city councilman and council president, establishing the Joint Economic Development District to the Joint Olmsted Recreation District.

They have enjoyed making friendships over the years.

“We have kids of our earlier customers coming in and even their grandchildren,” Garry said. “It’s the people I enjoy. I am a people person.”

When the day arrives – retirement – they hope someone steps forward to take over the business. Son Bryan is thriving in the printing business, another hands-on trade.

“The biggest satisfaction is having your own business,” Chris said.

“Just the fact that we could do it. We created something out of nothing . . . and we survived,” he said.

A major part of their success includes their long-time employees.

“They are very knowledge based and you can’t buy that,” Chris said.

The next time you stop at T & S Power Equipment, tip your hat to two native Olmsted Falls residents who love their work and community.

Mini market: The Second Thyme Around shop continues to offer its Mini Vintage Marketplace from 11 a.m. to 4 p.m. each Sunday this summer.

Connie Stevens, owner of the shop, started the summer Vintage MarketPlace a few years ago that offered more than 30 vendors in the downtown area once a month during the summer. Since COVID-19 struck that event down this year, Connie has four vendors each Sunday set up in her shop’s front parking lot. They offer recycled and handmade creations at quite reasonable prices.

Why not stop by the Mini Vintage Marketplace, check out the vendors and spend some time in downtown Olmsted Falls.

As usual, shoppers are asked to follow safety measures, including socially distancing and wearing face masks.

It’s back: The Stand at 26910 Bagley Road is busy selling produce and flowers to customers.

Fair food: OK. You may not be able to enjoy the bunnies or horses, hobby and photography contests or the rides at the Cuyahoga County Fair this year, but wait. The food will be there!

Here is what to do. Attendees should enter at the Bagley Road main entrance. They will receive a menu and map of the concessions available. They will then be directed to those vendors. Exit will be through Gate 3 on Eastland Road. Have cash and credit card on hand as most vendors may take both, but some may not be able to accept a credit card. Remain in your car the entire time for safety reasons since many will be traveling throughout the fairgrounds. You will pass by every fair food stand available. Pull off the main drive at your stop. Food runners will bring you your fair food. If you bypassed a vendor, you must return again through the main gate. The Cuyahoga County Board of Health approved the layout and vendors.

There is a list of vendors and a map of their locations at the fair’s website, cuyfair.com. A few are cotton candy, fried veggies, gyros, Italian sausage, Philly cheese steak, onion rings, walking taco, pierogies, cabbage and noodles, lemonade, funnel cakes, elephant ears, blooming onion, kettle corn, strudel and many more brought to you by your favorite fair vendors.

An added note about school reopening. School Superintendent Jim Lloyd wrote a brief message on the school’s website. He said Bulldog families will have the complete Reopening Plan to review by the end of this week, no later than Aug. 14. Those who will not receive an email about the plan may view it on the district’s website, ofcs.net.

Bulldog rally: Parents and students are invited to attend a Rally for In-Person Learning at 6 p.m. this Thursday (Aug. 14) outside Falls-Lenox Primary School on Bagley Road. This is an impromptu gathering to show support for students returning to their classrooms in Bulldog schools. All are asked to follow COVID-19 safety rules.

Information, please: To include news, tidbits, honors or activities in Olmsted Falls and Olmsted Township, contact Joanne DuMound at [email protected] She also is on Twitter, @JoanneDuMound. The column’s online version at cleveland.com/olmsted has direct links for many news items.

Sun Aug 30 , 2020
This special presentation from Trulieve comes from Benzinga’s Virtual Cannabis Capital Conference that took place on August 18. Click here for more coverage of this event with presentations from some of the top CEOs, investors and lenders in the cannabis space. CEO of Trulieve Cannabis Corp. (CSE: TRUL)(OTCQX: TCNNF) Kim […] 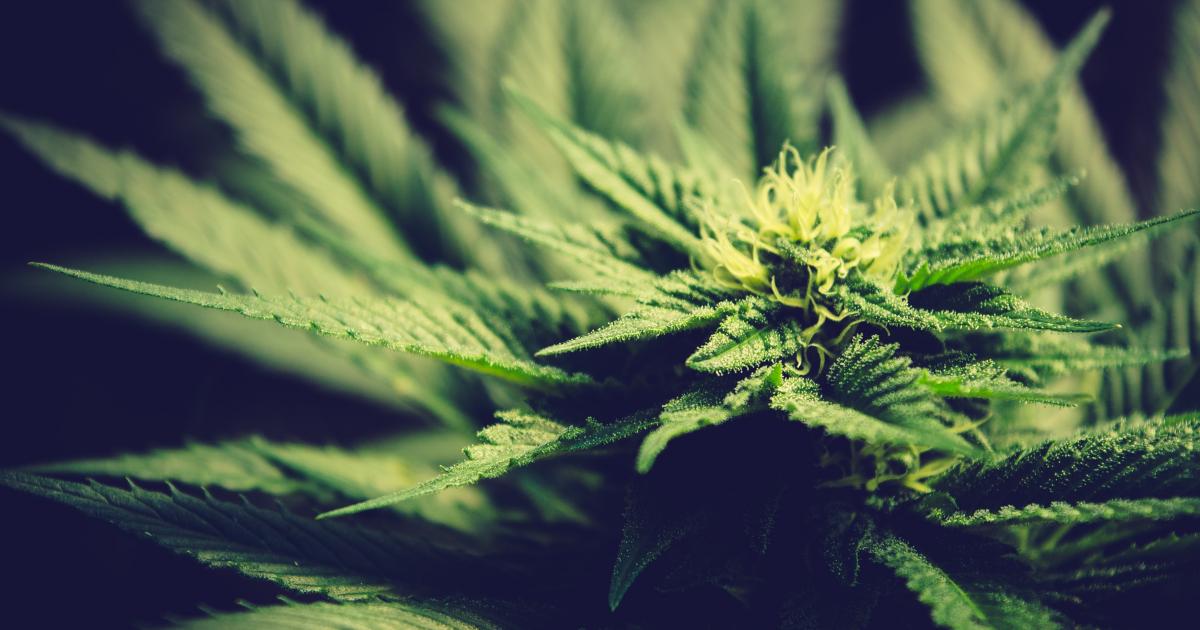