MANHATTAN BEACH, CA — With Manhattan Beach’s Ryan Rossow at its helm, you know The South Bay Food Initiative is going to feed people in need, and lots of them. The Mira Costa High School Class of 2020 graduate has always been determined and skilled at making things happen.

Several years ago, he started The South Bay Food Initiative, and he’s taken those initial steps and turned a heartfelt project into a non-profit organization, all the while giving other high school students and community members the opportunity to serve those in need by volunteering. This summer, due to COVID-19, Rossow has been extremely busy running the non-profit and schooling the group’s next president, Rex Robins, another MCHS student. Rossow heads to Vanderbilt University soon to begin his freshman year of college.

“Food insecurity affects people from all walks of life,” he told Manhattan Beach Patch. “Here in Los Angeles we have the highest population of food insecure people in the nation. Over 2 million Los Angeles County residents suffer from food insecurity. That means one in five people is hungry or lacks access to nutritious food. Hunger is the physical sensation of discomfort due to lack of nourishment, while food insecurity means lack of access to nutritious food which can be caused by lack of resources. The more I see, the more I realize how many nuances are involved and how complex the problem is. I foresee the problem getting much worse due to the pandemic and job losses.”

Rossow started The South Bay Food Initiative several years ago to help provide awareness and support to those with food insecurity. “We started out volunteering as an individual at a local food pantry, then began a club at Mira Costa High School,” he said “Since then we have grown our organization to include over 50 members.” He’s also expanded to include other area schools, including Redondo Union High School, Peninsula High School and Palos Verdes High School. And he hopes to expand that outreach even further in the coming year, including throughout the United States.

This summer, the organization has had “a substantial uptick in the physical work of recovering and delivering food donations. The number of people who are reaching out for services has grown exponentially. I receive hundreds of calls a month to my personal cell phone and tens of thousands of visitors to our website. We work closely with the Los Angeles Regional Food Bank and they have seen unprecedented increases in the number of people utilizing food pantries, many for the first time. The number of people served by the Los Angeles Regional Food Bank has gone from 300,000 to 500,000 per month during the coronavirus shutdown, and food distribution from their two distribution centers has increased by 73% compared to the first two months of 2020 and this time last year.”

He says the non-profit is always active in Manhattan Beach, with people who use the service to receive food and those who are able to donate food. “I don’t have specific numbers of people who are requesting food, but I can tell you that number has increased significantly since the coronavirus shutdown,” he added.

“We work with a number of food banks and food pantries in Los Angeles County on a regular
basis,” he said. “We have delivered food to Redondo Beach, Inglewood, Torrance, Los Angeles, Santa Monica, and Hermosa Beach.” Rossow incorporated his non-profit this past spring, which required a lot of planning and administration, he noted.

Part of what the non-profit does is “create volunteer opportunities for students and others in the community to help out non-profits in the Los Angeles area that are committed to ending hunger,” he said. Early on, Rossow created a website and social media “to educate and to facilitate volunteer and donation opportunities. We also do food drives and food recovery and donate that food to local food banks and pantries.”

While the organization is busier than usual right now, its overarching aim is the “eradication of food insecurity and waste. Our mission is to provide education and awareness and to organize events for the community where they can volunteer their time and resources, every month, to helping end hunger,” he said.

For his work, Rossow was recently awarded a scholarship from Kinecta Federal Credit Union. Until he leaves for Vanderbilt, the young man who likes the outdoors, skiing and surfing, is spending the majority of his summer on The South Bay Food Initiative. Vanderbilt plans to have on-campus and online learning, he said. “Vanderbilt, has utilized the data they have derived from their medical center to put in place a number of protocols to make sure that the students can enjoy safe cohabitating and matriculating,” he told MB Patch. “I am very excited to be able to be there in person versus having it all on-line.”

In 2016, as a member of the Manhattan Beach Chamber of Commerce’s Young Entrepreneurs Academy, he invented a water polo concussion prevention cap, patent pending. “The product itself is an insulated water polo cap that is designed to help prevent concussions,” he said. “This was a necessary product because one in four water polo players sustains a concussion, and the statistics are much higher among goalies.” He started a business, H2OPolo Gear, and is its founder and owner.

He said the YEA experience “teaches you all aspects of how to start a business. After creating the prototype, I learned how to go about creating a company and taking it to market. Thus far, I have approached several companies to work with me but I have not had a chance to sell my concept. Basically, I need capital to move forward.”

Rossow, who played water polo in high school, is the sole inventor of the cap. “Water polo is a contact sport. Even though it is played in the water, there are plenty of opportunities for head injuries,” he explained. “The cap is designed to provide some insulation for the cranial area so that it is able to withstand a greater impact from hurtling balls, elbows, fists or anything else that comes in contact with the head that can cause brain trauma. At the time that I came up with the idea, there was not the level of awareness there is today about concussions in water polo. As with Chronic Traumatic Encephalopathy (CTE) and football, it took a while before the sport implemented and improved the protocols to protect the players. Although I received some funding to move forward with my concept from YEA, I am awaiting an investor to move forward with producing the products.”

Rossow, who gives greatly of his talents, time and energy, told MB Patch that when it comes to The South Bay Food Initiative, “The people of the South Bay are very generous. We are very grateful for all of the kind and giving people who take the time to volunteer to sort food, pack lunches, cook at soup kitchens and donate food and money. All of those resources go back into the community to those in need. Our purpose is to create the opportunities and organize the movement of those resources.”

For sure, the spring and summer of 2020 will go down in the history books, hopefully as a situation we don’t repeat. As for Rossow, you can bet he’s been using his time this summer to forward the momentum and reach of The South Bay Food Initiative. In summary, of his summer, he said, “I have been busy working at The South Bay Food Initiative, exercising outside, and spending time with my family. It was not the summer I expected, but I am grateful for the outcome.”

This article originally appeared on the Manhattan Beach Patch

Thu Jul 23 , 2020
Click here to read the full article. While most companies are rethinking and often retrenching their retail strategies, Jason Wu has opened his first global stand-alone boutique in Shanghai. Originally slated for last year, the opening at the IFC Mall was bumped due to delays with designs and negotiations for […] 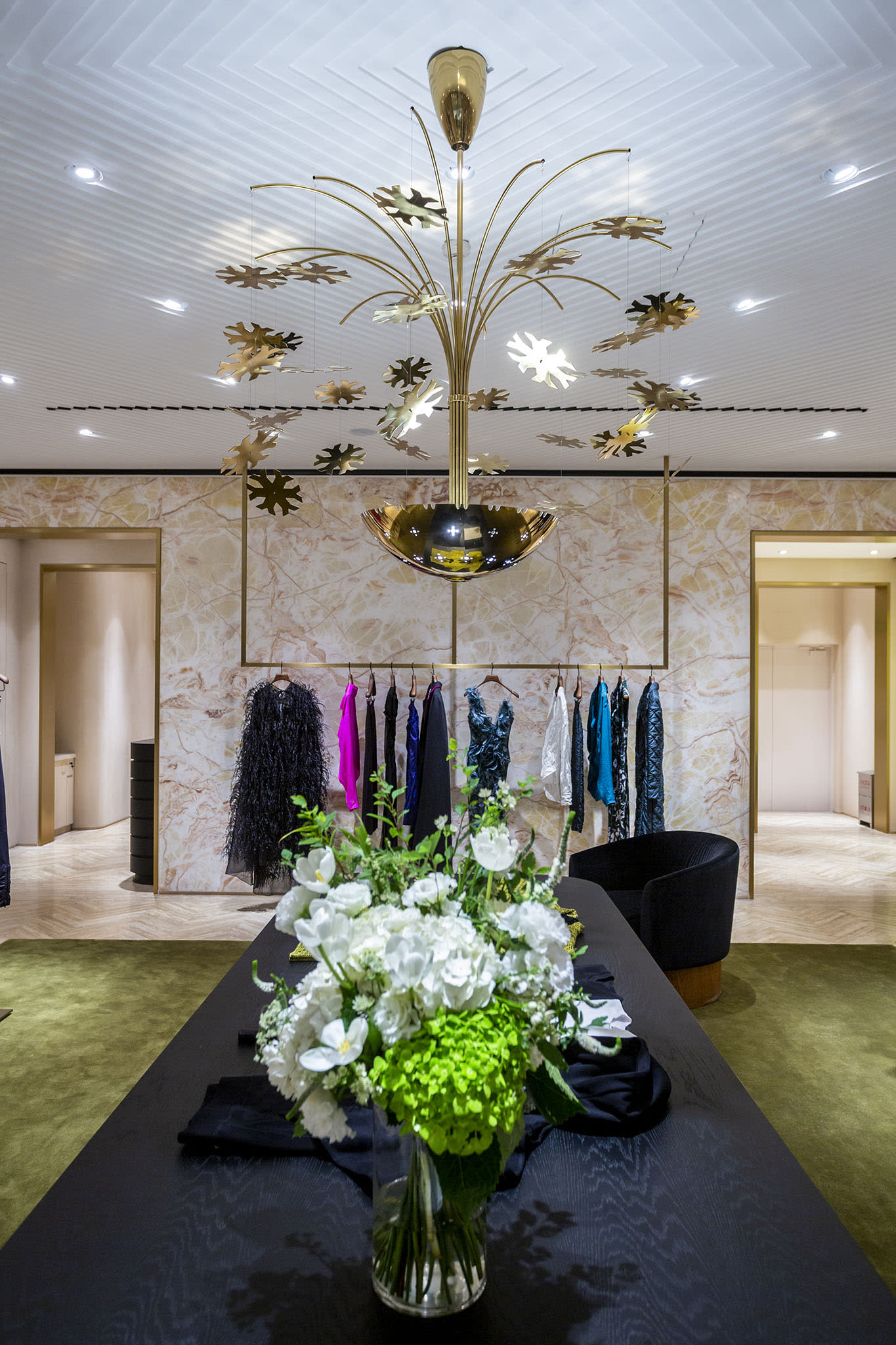