In March, Tammi Wilson was checking on her family’s mortgage online at Wells Fargo, when she saw a link to information about COVID-19 on the bank’s website. After clicking through, she provided contact information so she could receive materials on programs at the bank. Days later, she said she returned to the payment page to transmit what she and her husband David owed on their loan. A message popped up saying she had no active accounts and she could not make the payment.

Wilson later learned what had happened. Without her knowledge, the bank had put her into a program that suspended payments on her federally backed loan. Known as forbearance, it is a CARES Act program that aims to help borrowers who are having trouble making their payments because they’ve been hurt by COVID.

Because she had not asked for the bank’s help, Wilson continued to make all her family’s mortgage payments. She has also spent hours on the phone with Wells Fargo to get out of the program. Finally, on July 1, the bank sent her a letter confirming her request to “opt out” of the program she said she never opted into.

Watch Stephanie Gosk tonight on NBC Nightly News with Lester Holt for more on this story.

Still, Wilson’s credit report, dated July 18 and reviewed by NBC News, shows the family mortgage is “in forbearance” and that the April and May payments were not credited to the account, even though the Wilsons submitted them.

While in forbearance, Wilson and her husband almost certainly cannot refinance their mortgage because most banks won’t underwrite new loans for borrowers whose mortgage payments are suspended. As long as the forbearance notation remains in their credit report, the Wilsons cannot take advantage of rock-bottom interest rates and are stuck at Wells Fargo.

“I click this button and next thing I know, I’m getting a thing that says I’m deferred and I can’t reverse something I didn’t even want,” Wilson told NBC News. “If you’re going to help people there is a super simple first step — just ask, ‘Do you need our help?’”

Under the CARES Act, which provides help on loans backed by the government-sponsored companies Fannie Mae, Freddie Mac, Ginnie Mae and others, borrowers harmed by COVID-19 can ask to suspend their mortgage payments for up to a year. The amounts owed during the period are either tacked onto the end of the loan or paid off before. No additional fees, interest or penalties can accrue on the loans while they are in forbearance.

Last week, NBC News reported on borrowers in Chapter 13 bankruptcies whom Wells Fargo had placed, without their permission, in forbearance programs. But the bank’s practice extends beyond such specialized borrowers, some of whom contacted NBC News.

Wells Fargo is one of the largest U.S. banks that underwrites and services home loans. Borrowers in at least 14 states have told courts, lawyers or NBC News that they have been forced into forbearance plans by Wells Fargo. The states are Alabama, Arizona, California, Florida, Kansas, Louisiana, Michigan, Missouri, New Jersey, New York, New Hampshire, North Carolina, Texas and Virginia.

“In the spirit of providing assistance, we may have misinterpreted customers’ intentions in a small number of cases, said Mary Eshet, a spokeswoman for Wells Fargo, in a statement to NBC News. “In those limited cases, we are working directly with customers to ensure they are receiving the assistance they need and make any corrections to their accounts that may be required.”

The statement also noted: “As soon as COVID began to impact our customers, Wells Fargo was intently focused on assisting any customers who needed help, and we have deferred 2.5 million payments for consumer and small business customers as a result. During the early stages of the crisis — even before the CARES act was passed — we provided relief to mortgage and home equity customers who we learned were impacted by COVID over the phone, through our secure email channel, or through other means. Customers placed in forbearance received notices of that action through multiple channels, and we removed them from forbearance upon their request.”

the bank’s statement did not answer that question. By retaining borrowers who might otherwise refinance their mortgages with another institution, Wells Fargo continues to have their business. Wilson, for example, said she would like to move her mortgage to a different bank but fears she won’t be able to given her credit report.

This is not the first time Wells Fargo has signed up customers for services they did not request. The bank has come under pressure in recent years for opening unrequested bank and credit card accounts for clients; it forced others to buy auto insurance they did not need and in some cases were not told about.

Sherrod Brown, an Ohio Democrat who is the ranking member of the Senate Banking Committee, called out the bank for its actions.

“Once again it seems that Wells Fargo’s sloppy service and shoddy management are hurting consumers,” he said in a statement. “Wells Fargo should immediately address each of these complaints and make changes to ensure that no borrower finds themselves worse off from actions that their servicer takes without their consent or notice.”

Eileen Roth, a math teacher in New Hartford, N.Y., is another Wells Fargo customer placed in an unwanted forbearance. Like Wilson, Roth’s forbearance shows up on her credit report.

She told NBC News that because her mortgage payments are automatically deducted from her bank account, she doesn’t normally worry about them. She had not asked the bank to suspend her payments but on June 22 she received a phone call from Wells Fargo. The representative said because she had been in forbearance since March 20, her mortgage payments had stopped being deducted from her bank account.

Roth said she was shocked and angry and told the bank she was not interested in the program. The Wells Fargo employee insisted that Roth “mistakenly” applied for it on the bank’s website, Roth said; it was not her mistake, she added.

“I was never asked to be put into that program,” Roth told NBC News. “I started getting anxious that now, by no fault of my own, I have this on my record.”

To protect troubled borrowers from harm to their credit reports during COVID, the CARES Act states that if a bank makes an accommodation to a consumer — such as suspending mortgage payments — it cannot report a change in the borrower’s status, such as no longer being current on the loan. But when Wells Fargo reports borrowers are in forbearance, that indicates a shift in their status, raising questions about the practice.

The Wells Fargo spokeswoman said the bank’s “credit reporting for customers in a COVID-19 forbearance is consistent with requirements of the CARES Act, Consumer Data Industry Association guidelines and the expectations of our regulators. These requirements include reporting customers who were current on their mortgage or home equity payments when they entered a COVID forbearance as “Current” with a special comment indicating the account is in forbearance.”

In late March, Gerald Forsburg, of Mount Jackson, Va., also visited the Wells Fargo website and quickly found himself in a forbearance plan. Unfortunately for him, that plan wrecked the loan modification he had secured from Wells Fargo days earlier that had reduced his monthly payments by over $200.

Forsburg said he went on the Wells Fargo website to check on the status of his loan modification. “This button shows up — If you’ve been affected by COVID, click here. I don’t remember clicking anything else,” he told NBC News.

On May 1, when he went online to make his first lower payment under the loan modification, the system did not let him pay. His account showed only the higher amounts owed under his prior loan. Then, in June, Wells Fargo sent him a letter telling him his mortgage payment suspension had been extended for three more months.

“When I clicked on the original button, I didn’t know that I was getting a forbearance,” Forsburg said. “There was no description of legal ramifications due to clicking on that button. It’s very scary for me and my family. We don’t want to lose our house.”

Thad Bartholow, a lawyer at Kellett & Bartholow, represents Forsburg in a lawsuit against Wells Fargo. He said, “Forbearance is extremely powerful medicine. It’s like putting someone on opioids for a minor headache after they told you they didn’t want or need anything at all.”

According to the Consumer Finance Protection Bureau, before a bank servicing a loan can grant forbearance, it is supposed to receive an attestation from the borrower of a COVID-related financial hardship. But none of the Wells borrowers that shared their stories with NBC News had supplied such documents to the bank.

Eshet, the Wells Fargo spokeswoman, did not say why the bank doesn’t require an attestation from borrowers.

Clint Eastwood Sues To Make Fake CDB Endorsements Go Up In Smoke; Not Leaving Filmmaking, Despite What Phony Article Says

Wed Jul 22 , 2020
Click here to read the full article. The man who played Dirty Harry back in the day wants a group of online CBD retailers to make his day in court to the tune of much more than a fistful of dollars. Seeking “an award of actual and compensatory damages in […] 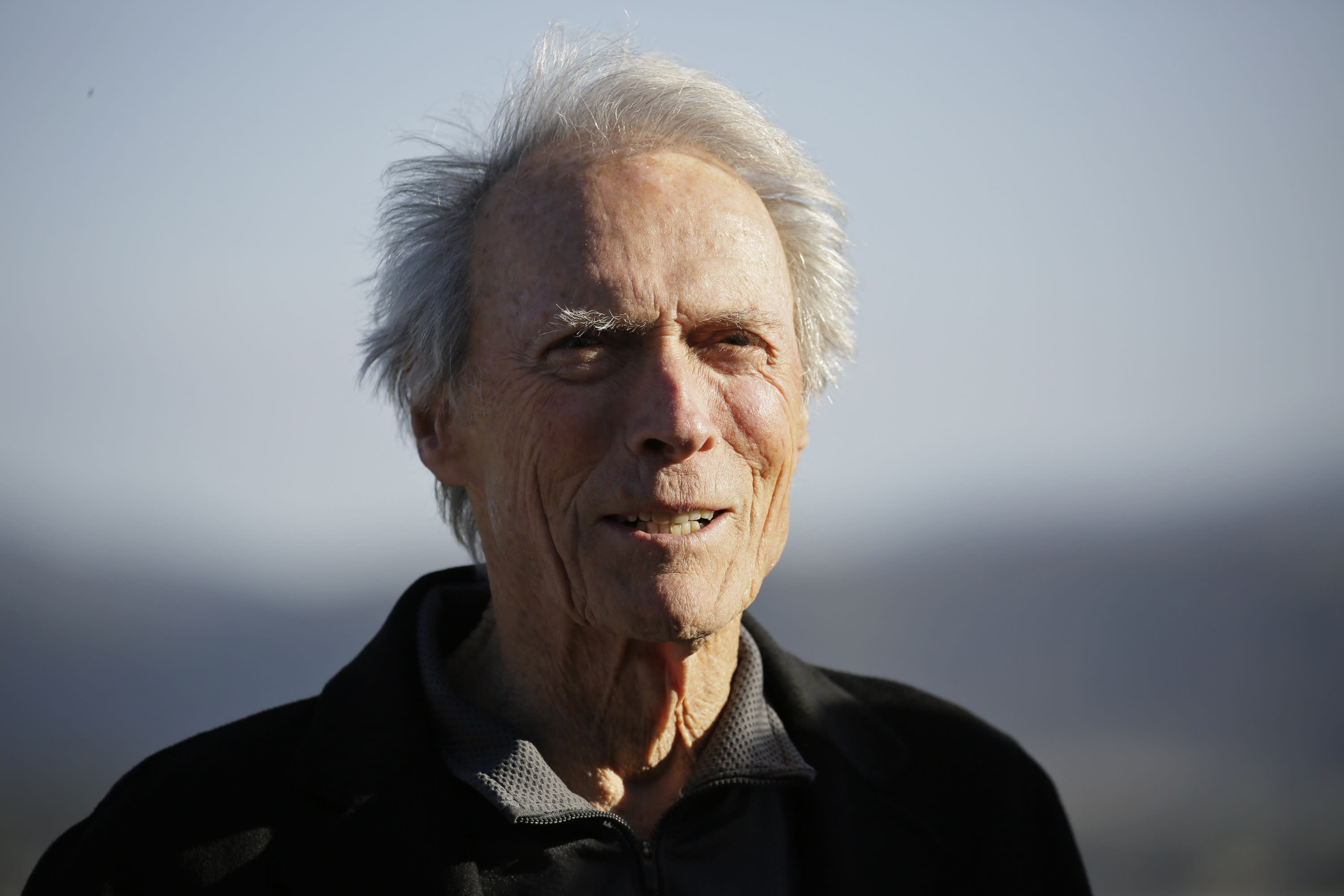