Benjamin Romer and Melanie Middleton’s wedding on June 27, 2020, wasn’t the wedding they had planned, but it was the wedding that their guests called “heartfelt” and “how it should be.”

They didn’t have any of the emblems of modern weddings like bachelor or bachelorette parties, a bridal shower, or rehearsal dinner. Fifty people, mostly family members who live locally, gathered in Middleton’s parents’ backyard in upstate New York and watched the two exchange their handwritten vows.

“It was absolutely perfect and we wouldn’t have it any other way. COVID-19 may have caused us to change our original plans, but we adapted and pulled it off in style,” the couple said referring to what they call their “dream wedding.”

Romer, 31, and Middleton, 28, represent scores of couples who intended to marry in 2020 and had their milestones interrupted and redesigned by COVID-19.

While the pandemic derailed plans for the majority of engaged couples who planned to marry this spring, summer couples aren’t allowing the virus to cancel their fun.

More than three-fourths of couples with summer wedding dates feel confident about the state of the virus and are moving forward with their plans in some capacity, according to a recent survey by Zola, an online destination for engaged couples. By contrast, 70% of spring weddings were postponed.

“We’re happy to see a renewed sense of confidence and joy,” said Emily Forrest, Zola’s director of communications. “From backyard weddings to Central Park ceremonies, we’re so impressed by couples’ creativity and commitment to each other.”

By most measures, weddings during the pandemic can happen with a fair amount of pre-planning and orchestration to ensure recommendations and mandates are followed.

Ceremonies and receptions can be moved outdoors and dining tables can be set with fewer place settings to seat fewer attendees. Wedding hallmarks like buffets and passed hors d’oeuvres make it tough to maintain hygienic standards, but there’s optionality for foodservice like plated dinners served by gloved waitstaff.

However, circumventing social distancing measures isn’t possible when the guest list is large and brings together attendees from outside the local area, two measures considered as the “Highest Risk” according to the CDC.

“There’s no doubt that we’re adjusting to a new normal,” Forrest said, “where couples and vendors are rethinking seating arrangements, buffets, and crowded dance floors.”

For Romer and Middleton, their nuptials were a stark contrast to what the day was initially planned to be. The pandemic forced them to cancel their original venue, a reconverted barn on a farm that once bred racehorses in New York’s Hudson Valley that could accommodate their original 225-person guest list.

Considering the average U.S. wedding guest list is 176, 1 in 10 couples are reducing their guest count by uninviting guests to adhere to CDC guidelines on gathering size and social distancing.

Instead, Forrest said couples are “finding beautiful, unique, and intimate ways to tie the knot” like hosting Zoom or virtual weddings, small justice-of-the-peace ceremonies, or backyard weddings as placeholders for larger and more inclusive receptions.

Forced to think creatively, about 30% of couples are opting to bisect the festivities in two acts. The first is an intimate wedding ceremony followed at a later date by a larger reception when guests can gather and feel more comfortable traveling.

Such is the case for Romer and Middleton, who plan to follow up their backyard ceremony with a “much smaller and shortened ceremony” at their larger reception at the end of next month.

Call it reverence or symbolism or superstition, but couples tend to have a lot of opinions when it comes to selecting the date of their wedding, Christina Baruch, NJ-based event planner and owner of Events Made Golden, explained.

Perhaps it could be why 27% are keeping their big day exactly the same as planned, as much as their venues will allow and are not planning on decreasing their guest list. In March, only 2% of couples with spring weddings said the same.

For Romer and Middleton, who had their first date on Dec. 27 and were engaged on their three-year anniversary, booking their wedding on a 27 was important. So when their original wedding venue had June 27 available, it felt like fate. It’s the same date as Middleton’s parents’ anniversary, and Romer’s parents were also married in June.

When the pandemic interrupted their plans, they didn’t want to give up on June 27.

But Baruch explained the decision might be more tactical for others.

“I truly think that the reason summer weddings are still happening is that people are optimistic,” she said, “and I think everyone’s hoping that they can get the wedding in before there’s another spike in [COVID-19] cases and postponement happens again.”

The future of weddings

There’s no telling if the trappings of modern weddings have been eliminated permanently or if it’s just a short-term change due to the uniqueness of the year and circumstances.

Baruch said it’s all just temporary and forecasted a venue bottleneck with couples jockeying for available days at wedding venues. Newly engaged couples are still planning lavish affairs in 2021 and 2022, as are couples who intended to marry this year but had their plans upended.

While people plan to spend less in other areas of their lives, Baruch doesn’t foresee couples cutting corners when it comes to their weddings.

“Weddings are such a personal experience that you only get once, so it’s all custom-tailored to what you want,” Baruch said.

A lower frills backyard wedding might sound appealing or even romantic to the fiscal conservative, but planning one is “a lot more complicated than it sounds,” she said. These locations don’t have the staff and equipment to accommodate groups of all sizes and even inclement weather that typical wedding venues do.

But Romer and Middleton have no regrets about how their day happened. They even felt more comfortable sharing their personalized vows in front of a smaller group and think the messaging could have been muddled before a larger group.

Other details turned out more personal. Romer constructed the arbor they married under; a groomsman DJ’ed; Middleton’s cousin officiated; Romer’s high school friend was commissioned as the videographer; and a family friend catered the food.

The couple also acknowledged the current climate and included COVID-19-specific nods. Guests wore custom face masks personalized with ‘R’ for Romer, and used hand sanitizer made from a friend’s liquor distillery that started making it from alcohol at the start of the pandemic.

Thu Jul 16 , 2020
BEL AIR, MD – The ongoing coronavirus pandemic may have led to the cancellation of the annual Harford County Farm Fair, organizers knew how much the event – and specifically the livestock show and sale – means to the area’s young people. So while the show won’t go on for […] 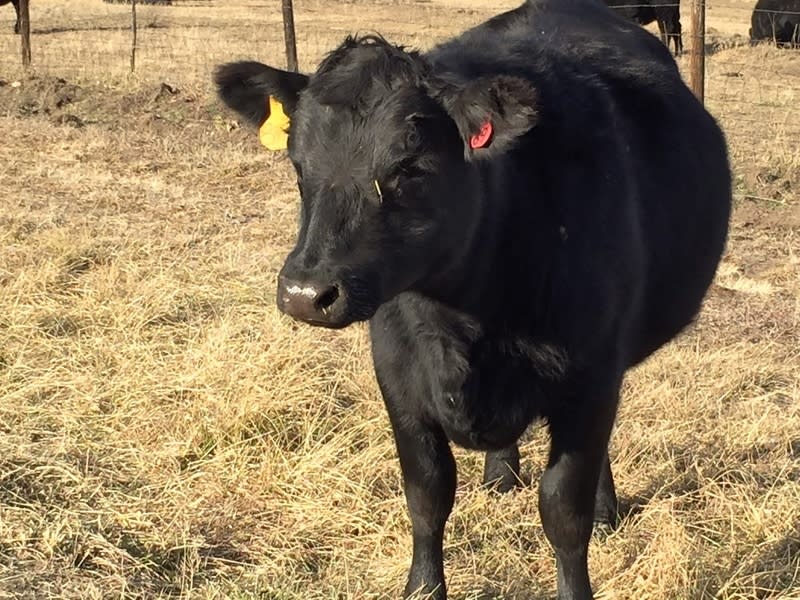