2019 was a small nightmare for my daughter. So was the beginning of 2020. She struggled during her last year of middle school and I had several meetings with her teachers.

My sweet daughter — the one who used to like to go to school and have her friends over — started getting quiet. Then her group of friends changed. Next came an email from her 8th grade teachers (these teachers also had her for 7th grade because she was in a “looping” program at school) who all said she just wasn’t the same.

Instead of doing work during class, she would sit in silence and not participate or hand in her worksheets. Instead of chiming in during advisory and socializing with her classmates, she’d sit alone.

She wouldn’t talk to me about what was going on. There was lots of time in her room. Lots of silence. She began asking me if I could order for her when we went to a restaurant. During family get togethers, she stopped talking. Everyone noticed and wanted to know what was going on.

After realizing this was more than just a case of the teenage blues, her teachers and I decided to get her into therapy. She hated it. I started checking her phone for clues as to what was going on with my child, because I didn’t recognize her.

She was clearly in the midst of so much friend drama, I had no idea how she could stand to not talk about it. I wanted to help her and guide her through that.

I did a bit, but not all the way. I wasn’t able to sweep in and help my child in the way a parent wants to. I had to let her do some of the work so she could learn how to be resilient and tackle hard situations.

While things got a bit better at the beginning of her freshman year, it wasn’t enough to make me feel satisfied. She cried on the first day of school because she didn’t like the way she looked and changed several times.

She’d come home and retreat to her room not saying much.

I noticed a few weeks after the pandemic began, and my kids were notified that school would be cancelled until after spring break, I started to see lots of her old behaviors.

My daughter would get up early, complete her work, and want to be around me and her siblings for the rest of the day.

With each passing day, she seemed happier and happier. I didn’t realize the hole she’d been in was as bad as it was, until I saw glimpses of who she used to be.

Her teachers told me a few times they were stunned at the difference in her school work. She went from barely passing her classes to having all As and one B by the end of the year — and was able to finish her math class early.

We live in a state where the COVID-19 cases are low. My kids attend school in a rural area. Even so, while we still don’t know what the plan will be for our district, I know what my plan will be: I’m keeping my daughter (and the rest of my kids) home.

I’m lucky in that I am able to be here with them while I work from home to help them through this. I am not willing to risk their health and don’t feel ready to have schools open. This is my personal feeling.

But if I’m being honest, another reason I’m keeping them home is because of how happy she is. She’s said several times how her anxiety is gone, and she is definitely sleeping and eating better. Her mental health has improved tremendously. And as her mother, as much as I hate to admit this, I’m not sure what state she’d be in had this not happened. I never thought going to school had such an effect on her mental health, but it did.

I want her to be able to cope when and if things go back to normal. But I’m thankful she is getting a chance to see how it feels to be removed from a situation that spikes your stress and anxiety.

Maybe it will give her the tools to remove herself when she’s in another one.

Or maybe this will make her less resilient in the future; I just don’t know.

However, what I do know is her mental health and her physical health are too important to me–the teenage years are so fragile.

Even if school opens again — for the fall semester, or later — my daughter will be staying home and continuing online learning until we both feel good and ready for her to go back.

See the original article on ScaryMommy.com

Fri Jul 24 , 2020
Manchester (United Kingdom) (AFP) – England will be able to recall Jofra Archer, described by skipper Joe Root as bowling “at the speed of light”, for the decisive third Test against the West Indies at Old Trafford on Friday after the pace spearhead suffered online racist abuse. Archer was included […] 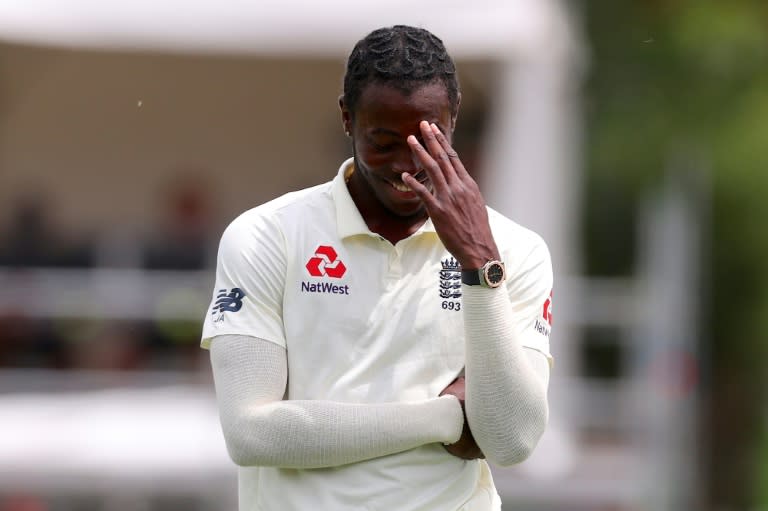 5 Issues To Remember Earlier Than Beginning A Home Enchancment Project