Low-income students have long faced challenges in completing their homework because they lacked internet access or a computer. And as the pandemic forces many school districts to continue with remote learning — either full- or part-time — in the fall, experts worry those same students risk falling further behind.

At the end of March when lockdowns began in the U.S., the number of students from the lowest earning families who participated in online math classes per week plunged by 62%, while the decrease was less pronounced — down 21% — among students from the highest-earning households, according to a paper by the Harvard-based Opportunity Insights group that analyzed data from Zearn, an education nonprofit that partners with schools to provide math programs.

That disparity wasn’t always the case.

“If you look at the past four years of Zearn data, high and low-income kids were participating in online math at similar rates,” said Shalinee Sharma, co-founder and CEO of Zearn. “Until March 16 of this year, that is, when schools closed and learning became remote. After that, a divergence between high- and low-income children happened that is shocking.”

As participation dropped, so did the students’ progress in the subject. The number of weekly lessons completed by low-income students plummeted 52% at the end of March, while high-income students completed 14% more math lessons in a given week.

“We’ve always had a digital divide, and it had long created problems like when kids go home after school,” said Jon Valant, a senior fellow at the Brookings Institution. “But when that is what school becomes, and the entire school day consists of things happening online, it really is tough. And it’s scary.”

‘Likely to exacerbate the inequities that we already have’

While many school-aged children were disadvantaged and lacked the connectivity to complete their homework online before the pandemic, that homework gap is now turning into an education gap.

Read more: Coronavirus: Here’s how to negotiate your college tuition

“COVID has exposed lots of the inequalities that exist inside of American classrooms and then also for American schoolchildren outside of classrooms,” Valant said. “It’s likely to exacerbate the inequities that we already have in education and have been bad for a long time.”

The issue with doing homework online for many kids was that they don’t have reliable high-speed internet at home on a device other than a smartphone.

Before the pandemic, 1 in 3 U.S. teens had to do their homework on a cellphone, while 1 in 5 were unable to complete theirs because they lacked a computer or internet connection, according to data by the Pew Research Center.

“In normal circumstances, these children and their families feel that they are in a deficit and they’re struggling in ways that people who had better access don’t struggle,” said Lee Rainie, director of internet and technology research at Pew Research Center.

Switching to remote learning in the spring created considerable learning loss for many students. But now that many schools are extending the arrangement into fall, the consequences may be long lasting.

Los Angeles and San Francisco school districts have already announced continuing the remote-learning setup in the fall. California also happened to be the second-worst state in providing students with internet access, according to a report by Common Sense Media and the Boston Consulting Group.

Read more: Coronavirus: Americans reach into their own pockets to financially help family and friends

Over 1.5 million K-12 students in California — or 1 in 4 — lack adequate internet connection and over 1 million — or 1 in 5 — don’t have an adequate device to do their homework on.

“These are kids who are on video calls for hours at a time, often at the same time when their siblings are and maybe a parent,” Valant said. “This is not a case where we can have weak [internet] access or using someone’s smartphone. We actually need really good technology at home right now.”

While schools and education leaders have worked on improving the distance learning for needy students by distributing tablets, “the response was very uneven across districts,” Valant said.

“They’ve now had a bit more time,” he said. “But it’s such a big messy problem and it’s not a problem that schools are naturally equipped to solve.”

Despite some progress made by schools — such as getting tablets to more students — Valant sees the digital divide resurfacing in the fall as low-income students again compete with siblings and parents for the same internet access.

“There are going to be some really tough decisions about whether these kids need to be held back a year, or how to catch them up,” Valant said. “Schools don’t have experience with trying to figure out how to manage large numbers of kids who will really go a year without having learned much of anything.”

Thu Jul 16 , 2020
This year’s amazing mortgage rates have gotten even more stunning. A widely followed survey shows that after tumbling for months, the average rate for a 30-year mortgage has now fallen all the way down to a level below 3%. That’s a first for mortgage giant Freddie Mac’s weekly survey, which […] 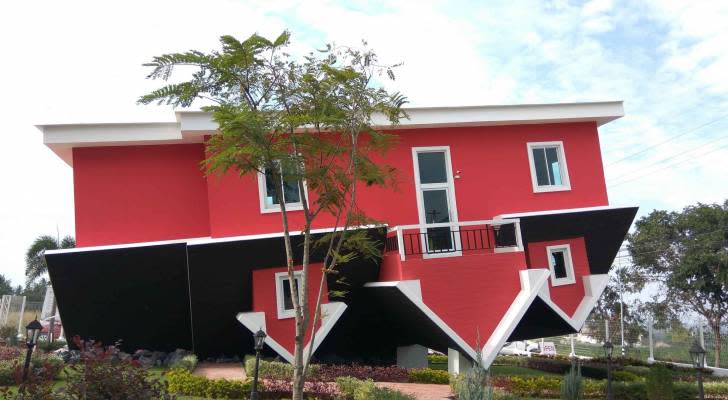