Supermodel and activist Joan Smalls did not only put her voice forward in the battle against systemic racism, she also used her paycheck. Smalls is donating 50% of her salary for the remainder of 2020 to organizations advancing racial equality and justice.

She joined Yahoo Finance’s “The Final Round” to discuss Donate My Wage, an online platform she launched to inspire people to make similar commitments.

“Like everyone else during the pandemic, it awakened an activist in all of us,” said Smalls, who called out the fashion industry, saying it’s time that it recognized racial injustice and systemic racism.

“Seeing an industry that I love so much, and be silent, in a time that is so important for all of us … I wanted to take action. And in order to do that, I just had to step up and lead by example,” she said.

Smalls tells Yahoo Finance that Donate My Wage came out of frustration when she realized that she needed to take responsibility and do more to fight racial injustice and inequality.

According to Smalls, people can use Donate My Wage to donate by the hour, the day, the week, or any given amount.

The Puerto Rican native, who in 2011 became the first Latina face of Esteé Lauder’s global marketing campaign, says that she wanted to donate an amount that would make an impact.

“The outreach has been incredible. I’ve been overwhelmed with positive feedback, um, from people within the industry — designers, stylists. My agency IMG donated $250,000 to support the Black Lives Matter movement. So, the reception has been incredible.”

Smalls believes that there needs to be more transparency within the fashion industry to make sure that positive racial change is taking place.

“They’re so many different facets to an industry, which is not only about who they are hiring to front a campaign or to be in the magazines, it’s also in-house,” she said.

“A lot of times in these rooms, there’s not a diverse group of people. So I think in order for there to be actual change, they need to have an internal cultural team or hire a more diverse staff. I feel like they need to put more effort into recruiting people that are of different backgrounds to expand within their company.”

Smalls tells Yahoo Finance that now is the time to speak up when it comes to social injustice and racial inequality.

“I feel like we’re stronger in numbers. So people should feel encouraged to speak up and know that they have a support system behind them and do as much as you can to change.”

4 tips for bagging one of those mortgage rates under 3% 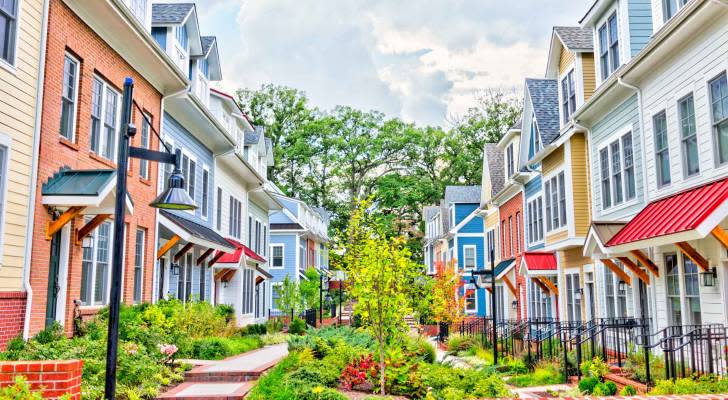