Reteaming provocative Polish director Jan Komasa with screenwriter Mateusz Pacewicz, “The Hater” hits Netflix mere months after the duo’s acclaimed impostor-priest drama “Corpus Christi” was nominated for the Oscars’ newly rechristened international feature award. Timing wise, that’s a savvy acquisition of a youth-targeted thriller that deals with such topics as ethics, elections and online obsession, further boosted by the movie’s recent win at the Tribeca Film Festival — the event may have been canceled by the coronavirus, but the jury still voted, picking “The Hater” as the best of its international competition.

Such bona fides may inspire the streams for this . But Netflix has oddly omitted one key detail: “The Hater” is a sequel to Komasa’s 2011 button-pusher “Suicide Room.”

In that film, a game of truth or dare inspires a popular high school kid to kiss another guy, an act that’s caught on camera and shared online, driving its emotionally fragile protagonist into a desperate spiral. Something similar happens here, only this time, we experience things from the point of view of the virtual manipulator, Tomasz (Maciej Musiałowski), who uses social media and an ultraviolent role-playing game to carry out his sinister agenda.

Both movies focus on the frightening impact virtual communities can have on susceptible young people, and many of the details in “The Hater” refer to that earlier film — which curious viewers can watch free via Kanopy in the U.S. For example, Tomasz’s new employer (Agata Kulesza) is the mother of the victim in “Suicide Room,” who would almost certainly disapprove of Tomasz using a chat room to manipulate someone else’s behavior. But as the second entry in what’s shaping up to be a very twisted franchise, “The Hater” has certain beats it’s obliged to hit — namely, that bad things happen to those who hang out in chat rooms.

Coming to “The Hater” without that context, audiences may be inclined to sympathize with Tomasz, though the film doesn’t make that easy. Looking like Michael Cera’s demented kid brother, lead actor Musiałowski plays Tomasz as a blank-faced sociopath — in public, at least. At home, he’s far more pathetic. Privately listening to secret recordings of childhood crush Gabi (Vanessa Aleksander) and stalking her Facebook page for status updates, Tomasz tears up and looks borderline suicidal. Just what might he be capable of?

“The Hater” positions Tomasz as some kind of devious mastermind, but his plans strain credibility at every step. In theory, he wants to impress Gabi, who comes from a well-to-do, left-wing Warsaw family. Tomasz is presented as some kind of lower-class hick by comparison, and audiences are meant to marvel at his transformation, represented by increasingly skeletal eye makeup and an all-black wardrobe.

After being booted from law school for plagiarism, Tomasz lands a job at a shady PR agency. Though he’s never heard of Sun Tzu, he swiftly absorbs “The Art of War,” adapting the ancient Chinese strategist’s military tactics to the digital landscape with ease. First, he cripples an online exercise guru’s reputation by claiming that her turmeric-infused health drinks turn people’s hands yellow (it’s a demonstration of the way “fake news” and viral suggestion operate, grossly oversimplified), and then his boss gives him an even dodgier assignment: investigate and potentially sabotage Pawel Rudnicki (Maciej Stuhr), the liberal politician running for mayor.

It’s a sign of Tomasz’s commitment — and also of how much the movie expects audiences to swallow — that the young man joins Rudnicki’s political team and, exploiting the rumors that he’s a closeted homosexual, proceeds to seduce him. On a Friday after-work dinner date, Tomasz drugs the candidate and drags him to a gay club, where he’s arranged for an accomplice to record a compromising video. The scene makes zero sense — and doesn’t even seem to impact Rudnicki’s campaign — but superficially ties things back to “Suicide Room” yet again. The goal of this sequel is to raise the stakes, and that Tomasz does by orchestrating a handful of events in which he seems determined to assassinate Rudnicki for reasons more personal than professional (Gabi’s parents are among his biggest supporters).

Until that moment, Tomasz’s scheme has been meticulously laid out, like an expert chess player thinking several moves ahead. Suddenly, “The Hater” finds him impromptu-planning a pro-Rudnicki political march and a White Power protest within blocks of each other — for the very next day! — using fake accounts to amplify the animosity between the two camps. Tomasz expects a confrontation that never comes, and though Komasa probably should have skipped that set-piece (at 135 minutes, the plot-heavy film feels overlong as it is), the bloody finale takes things further than anyone might have imagined.

In the end, “The Hater” represents a Polish spin on those glib Hollywood thrillers — like “Primal Fear” or “The Usual Suspects,” minus the twist — in which a brilliant underdog outsmarts everyone around him. Such movies hinge on audiences underestimating their protagonists. The formula shouldn’t work in this case (Musiałowski is too clearly conniving), except that Pacewicz’s deeply cynical, keep-’em-guessing script does such an effective job of integrating concerns about how easily people are manipulated today. Unlike “Corpus Christi,” which was loosely based on factual events, “The Hater” parts ways with plausibility early on — and yet, it’s relevant enough to prey on our anxieties.

Coronavirus ‘will be a jumping-off point for change': Temple University CFO

Tue Jul 14 , 2020
The COVID-19 pandemic and the political ramifications that come with it have forced many universities to make tough, many hard financial decisions.  The Trump administration’s plans to strip international students’ visas if their universities and institutions continue online-only instruction would force over 1 million students to leave or be deported.  […] 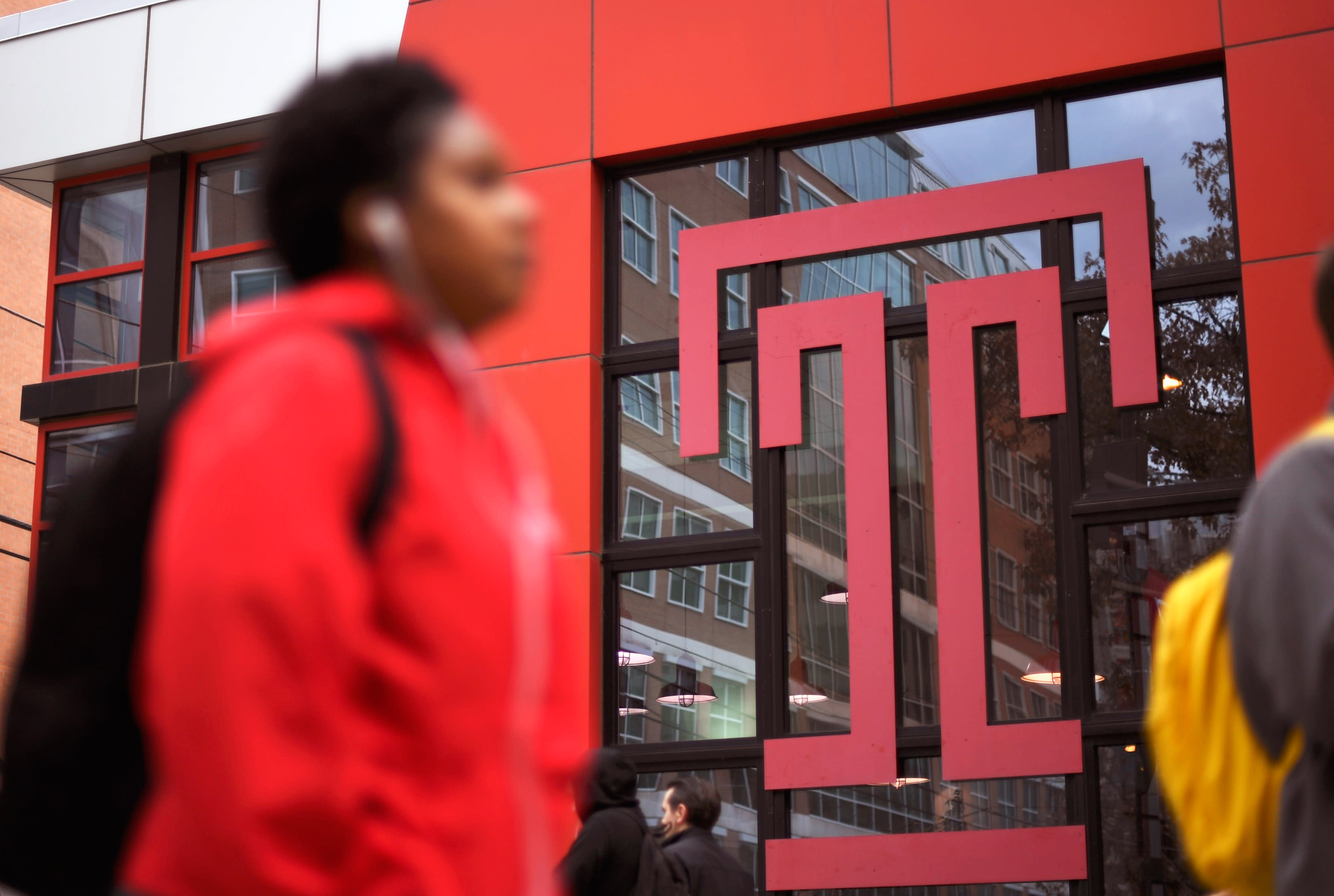